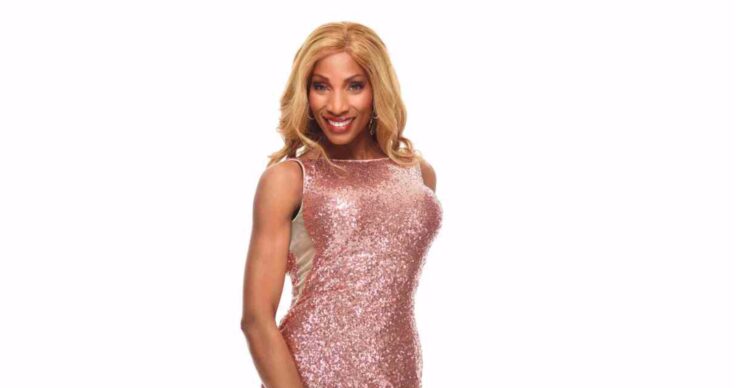 The Real Housewives Of Jersey on ITVBe: Who is new cast member Karen Loderick-Peace ?

The new Real Housewives of Jersey series is back on ITVBe later this month – get ready to meet Karen Loderick-Peace.

But joining the ladies this year are the two fresh faces of Sarha Courtnay and Karen Loderick-Peace.

Here we give you the lowdown on a new cast member Karen Loderick-Peace – who says joining the cast was a chance to “challenge herself.”

Self-confessed Fashionista Karen moved to Jersey five years ago with her businessman husband Jeremy and their three children Jayvana,18, Jeren,17, and Jolan,10.

Karen, who grew up in Jamaica, says: “My mum’s house overlooked the sea, so I’m a big fan of peace and tranquillity of the water in Jersey.”

The new housewife studied fashion at the London School of Fashion and loves shoes.

And also admits to having a passion for the finer things in life. She recently treated herself to a brand-new Rolls-Royce.

Karen says she’s “the life and soul of the party who loves to dance, chat and have a good time”.

Where do Karen and hubby Jeremy live in Jersey?

Karen loves Jersey’s microclimate, and the family bought a house on the Western side of the island overlooking the beautiful bay of St Brelades.

A different vibe is the Knightsbridge, London, where the family previously lived.

“The fresh air, the scenery and sense of community, is what I enjoy. So, from the beginning, it was lovely to have such a warm welcome from the “Jersey Beans” (what we call someone born on Jersey).”

What is Karen’s career?

Karen is a fashion designer, and now her three children are older; she would like to start her own fashion label. She says she is “very passionate” about her work.

Her hubby Jeremy was a former stockbroker with. a successful business career. He was the previous owner/chairman of West Bromwich Albion football club.

Karen admits she enjoys “a very hectic and then sometimes very chilled” lifestyle.

She said: “Jolan, my youngest keeps me busy running her around to her various clubs.”

How did Karen join the cast of the Real Housewives of Jersey?

Karen is big of the Real Housewives franchise and jumped at the chance to take part in RHOJ.

“I was excited to participate. With the kids being that little bit older, it just felt right to take on a challenge for myself.

“I’m all for female empowerment, and the housewives brand is all about strong women standing their ground and proving their worth in business.” She said.

Karen listened to the advice of her “family and friends” because as a “small place, people in Jersey like to have their opinion when people do something new.”

She also admitted to watching series one of the show and was very keen to meet fellow housewife Kate Taylor. “I thought she was hilarious on-screen.”

Which housewives is Karen closet to?

Karen knew Tessa (Hartmann), Mia (Ledbury) and Margaret (Thompson) before joining the cast but only really bonded with them on a “personal level” during the filming of the show.

“I became the closet to me, Mia and Tessa, on the show. Mia because she likes to talk so, she’d keep me entertained,” revealed Karen.

She admits that taking part in the show was “a learning experience”, and some days were very “tough.”

The Real Housewives of Jersey series two airs on ITVBe on Monday 27 December at 9 pm.

Are you looking forward to series two of RHOJ? Leave us a comment on our Facebook page @EntertainmentDailyFix and let us know what you think of this story.