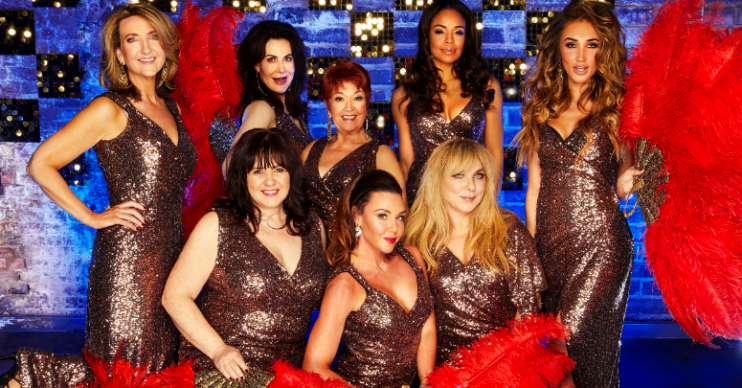 The Real Full Monty stars will have to skate and strip!

This year celebrities will have to perform their striptease on ice

Celebrities taking part in this year’s The Real Full Monty could have more to worry about than baring their bits – they have to do their routine on ice, according to reports!

Producers of the ITV have reportedly been inspired by the success of Dancing On Ice and are said to have added the twist to freshen up the format.

Read more: Stars of The Real Full Monty reportedly paid £10,000 each by ITV but only £4,000 raised for charity

A TV insider told The Sun: “The producers have clearly taken some inspiration from Dancing On Ice and added an extra challenge for the celebs.

They’ll have an extra reason not to want to fall flat on their face, or any other part of their body for that matter.

“It seems we’ve got a bit immune to the sight of stars exposing their bits to an audience — and the elements.

“Now when they start their performance, they’ll have an extra reason not to want to fall flat on their face, or any other part of their body for that matter.”

On the show, a group of male and a group of female celebrities perform a dance routine and strip off in order to raise money for cancer charities.

The Real Full Monty started in 2017 with celebrities sharing their personal stories and stripping off in order to encourage viewers to regularly check for the signs of male and female cancers.

Stars appearing on this year’s show are yet to be confirmed, but former Real Full Monty performers Coleen Nolan and Ashley Banjo will lead the ladies and men respectively.

Ashley recently revealed the theatre is kept nice and warm so the celebrities don’t get goosebumps on their bits.

“You’d be surprised how many times I get that question, you know. ‘Is the theatre warm?’ And it is, luckily.

“I’ve been roped into doing it a couple of times.

“Every time I do it, I walk forward with the hat and I think, ‘How did I get here?’ Then you throw it away and it’s all good. Well, I hope so.”

What do you think about the new format? Visit our Facebook page @EntertainmentDailyFix and let us know what you think of this story.