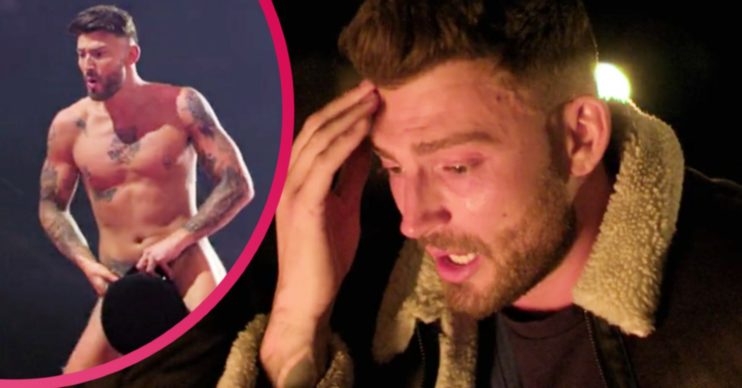 The Real Full Monty On Ice: Jake Quickenden leaves co-stars in tears as he discusses late dad and brother

The singer also pulled on the heartstrings of viewers

The Real Full Monty On Ice star Jake Quickenden left his co-stars in tears as he opened up on his late dad and brother.

The 32-year-old singer bravely discussed the emotional moments he lost both of his loved ones on the ITV show last night (December 15).

Jake lost his dad Paul to non-familial bone cancer in 2008, while his younger brother Ollie was just 16 when he was first diagnosed with osteosarcoma.

The Real Full Monty On Ice: What did Jake Quickenden say?

Sadly, Jake’s brother passed when he was just 19.

The former X Factor star explained of his dad: “When he was really poorly he said, ‘I’ve survived as long as I have to see you boys grow up’, and then unfortunately after the six years he got really bad, and he got rushed into hospital.”

Opening up on his brother, Jake went on: “My little brother was my best, best friend.

“I remember laying on his bed with him trying to get his legs moving. He was 19 at the time.

“He looked at me and he said, ‘I’m ready to go now’, and to hear your little brother just give up and have enough in front your face, I didn’t know what to do.

To hear your little brother just give up and have enough in front your face, I didn’t know what to do

Jake’s story left several of his co-stars in tears, including Coleen Nolan and Chris Hughes.

Fighting back tears, Linda Lusardi added: “The pain he must have gone through is unreal. It makes me foolish for even worrying about stripping off.”

Viewers were left in floods of tears, with some even calling the show “the hardest thing I’ve ever watched”.

Taking to Twitter, one said: “I was not prepared for Jake‘s story.”

Another wrote: “Hearing everything Jake has gone through is heartbreaking. It’s why these shows, whilst easily dismissed, are actually really important in raising awareness of cancer.”

A third commented: “Aww I didn’t know about that, that’s so heartbreaking. I’m so sorry for Jake.”

While others praised the remaining celebrities for taking part.

One viewer said: “So emotional watching #TheRealFullMontyOnIce, I cried all the way through that performance!”

Another shared: ” What an emotional rollercoaster that was! I laughed and cried. So brave of them to tell their stories. @AshleyBanjo smashed it again I honestly don’t know how he does it! I think that was the wake up call we all needed this year! Well done to the celebs!”

The emotional episode ended on a high, with Jake and his co-stars stripping off to Tom Jones’ classic You Can Leave Your Hat On.