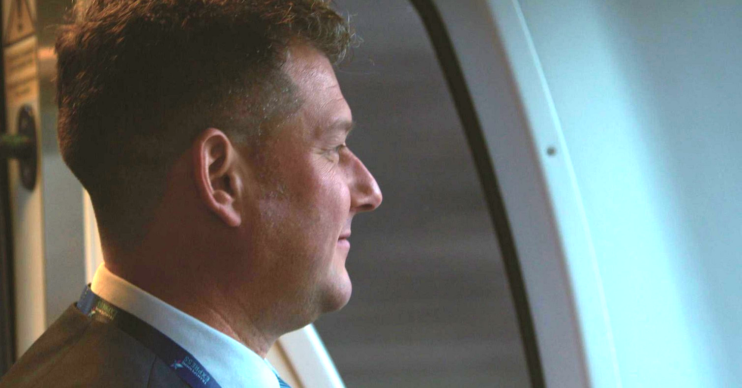 It brought back painful memories

Viewers have criticised documentary series The Railway 24/7 for causing a train driver to break down in tears with an “insensitive” question.

During last night’s (Wednesday, July 1) episode, someone was killed on the tracks.

Train operator Simon was driving from York to Liverpool Lime Street when he was told about the fatality.

How did Simon react?

He said on the programme: “The conductor’s just informed me he believes there may have been a fatality. We’ll await further instructions but may not be going past Leeds.”

Staff back in the control centre explained how they are there to offer drivers and staff involved in accidents the full support they need.

Back on Simon’s Liverpool-bound train, someone behind the camera asked him how it makes him feel.

They asked: “What’s the first thing that goes through your head when you hear there’s been a fatality on the tracks?”

He thought for a moment, hands still on the controls, before replying: “First thing that goes through my head is… thinking about the driver.

His voice welled with emotion as he revealed: “I had a fatality, didn’t I… I’ve had two…”

But recalling the incidents seemed to get too much for Simon. His voice broke and he appeared to wipe away tears. “Jesus,” he said.

On Twitter, some viewers rushed to criticise the programme for asking what they thought was an “insensitive” question – particularly as it was asked while Simon was driving a train.

One viewer tweeted: “What a [bleep] head, asking that question while he’s trying to drive the train. #therailway247.”

Someone else said: “Very insensitive asking a driver that question, particularly while the poor sod is at the controls #therailway247.”

Brought it all back to him.

They added in another tweet: “It hits no one harder than those who witness it first end.”

Another agreed, “Yeah, brought it all back to him” and said in a separate tweet: “At the end of the day, a human being has lost their life.”

ED! contacted Channel 5 for comment. A spokesperson said: “Train track fatalities are tragic and witnessing one can have a profound effect on train drivers.

“This part of the programme helped raise awareness of the impact of these incidences from a driver’s perspective. We take the welfare of all our contributors very seriously and the production team spent time with all the train drivers involved, both before and after filming, to ensure they were comfortable with their contribution.”

Very insensitive asking a driver that question, particularly while the poor sod is at the controls #therailway247

Simon reflected afterwards: “It does bring it all back a bit. Certainly did on the way down here. But then you’ve got to put that in the back of your mind and focus on the job you’re doing.”

What do you think of this series so far? Leave us a comment on our Facebook page @EntertainmentDailyFix and let us know.