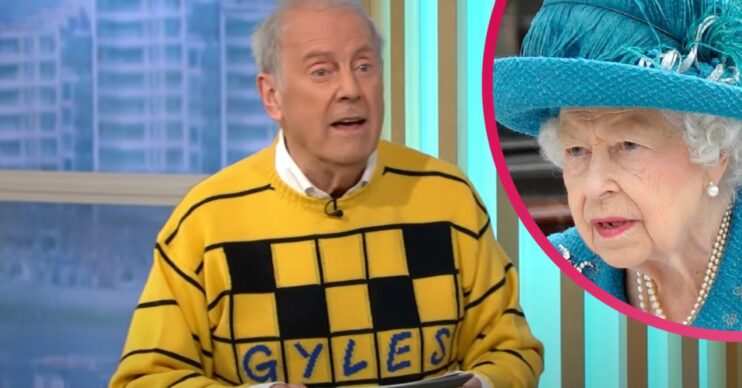 ITV viewers were not happy

Gyles Brandreth has claimed the Queen wouldn’t want to be seen in public using a wheelchair, in latest news.

His remarks came during a discussion on This Morning today about reports that the Queen is making her Balmoral estate ‘wheelchair friendly’.

Reports claim that a wheelchair-friendly lift will help Her Majesty, 95, get about her home.

“Amazingly fit by the standard of many 96-year-olds. It is extraordinary and she is a little less mobile than she used to be, it is as simple as that.”

“Also she doesn’t like the idea of being seen in public in a wheelchair,” he continued.

Read more: Meghan Markle ‘given a quiet talking to by the Queen following wedding row’

“Her sister, Princess Margaret was often towards the end of her life photographed in a wheelchair and it felt a little bit undignified.

“The Duke of Edinburgh was very proud of his excellent posture, he exercised every day right until the end and the Queen likes that idea.

“So, she doesn’t want to be photographed in a wheelchair.”

“She’s got this service planned next week to remember Prince Philip, her husband of more than 70 years,” Gyles added.

“Of course, would have loved to be there, and the hope is she can be slipped into Westminster Abbey by a side door out of the view of photographers, be in position and can be photographed and seen there.

“But we don’t want to see her as it were, having difficulty getting to and from her car.”

Viewers rushed to Twitter to hit back at his remarks.

One said: “Being in a wheelchair is undignified. Gotcha I’ll tell my Mrs.”

“Gyles proving that he has no consideration for those with disabilities,” said a second viewer.

Gyles Brandreth The Queen This Morning