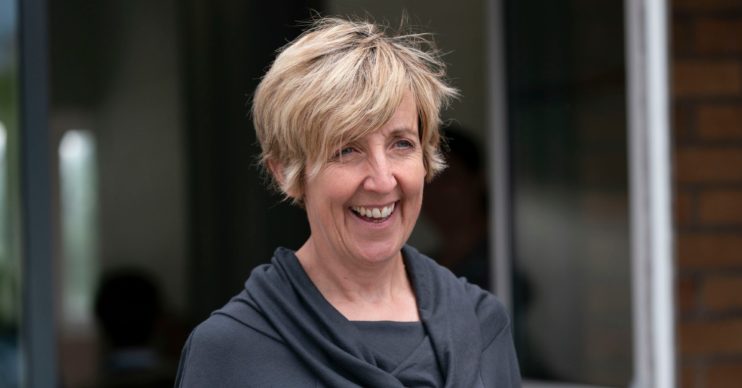 The Pact on BBC starring Julie Hesmondhalgh: Who’s in the cast? And when does it start?

The Pact is an upcoming crime thriller coming soon to the BBC, but who’s in the cast? And when does it start?

What is The Pact about on BBC?

The drama follows a group of five friends who are affected by a sudden death.

The death, traumatic in its own right, unveils a web of lies amongst them.

It promises to be the next Keeping Faith.

When does The Pact air?

The thriller began filming in September 2020.

Like Keeping Faith and Hidden before it, it will be available to watch on iPlayer.

Who stars in The Pact?

It’s a strong cast, including a soap favourite and a Breaking Bad star.

TV fans might recognise Gabrielle Creevy, who won Best Actress in the 2019 BAFTA Cymru awards for her role in the hit BBC drama In My Skin.

How many parts is The Pact?

The Pact is a six-part series.

Nick Andrews, BBC Cymru Wales Head of Commissioning, says: “The Pact is such an exciting commission for BBC Wales.

“It builds on our strong portfolio of impactful drama, and like Hinterland, Keeping Faith and Hidden before it, brings together the best in the business to do their best work.

“It’s a brilliant story and the strong cast and crew make this a highly anticipated series.”

The Pact will air on the BBC and iPlayer in spring 2021.

Are you looking forward to watching The Pact on the BBC? Leave us a comment on our Facebook page @EntertainmentDailyFix.