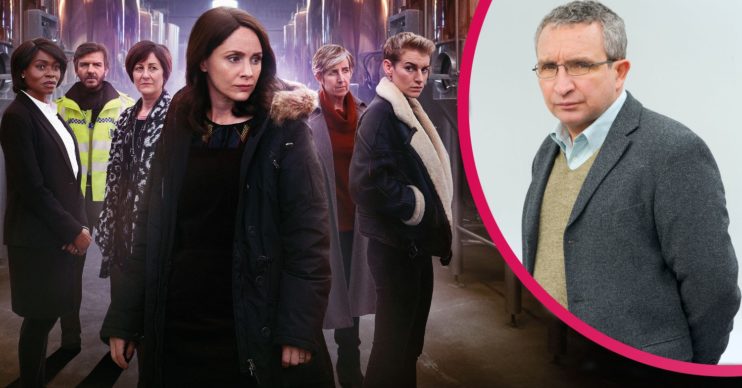 The Pact episode three: Five burning questions we have after watching BBC One drama

The Pact continued on BBC One tonight (Monday May 24 2021) with episode three – and we’re still no closer to knowing who killed Jack Evans.

The third instalment had so many twists and turns, we felt dizzy watching it!

Here are the burning questions we want answering after watching.

***Warning: spoilers from episode three of The Pact ahead***

Read more: Jason Hughes currently stars in The Pact – where are his old This Life cast buddies now?

What is Arwel hiding? Why did he burn all of Jack’s possessions?

When The Pact began, Jack’s dad Arwel didn’t appear to be involved in his son’s death.

But episode three has thrown lots of suspicion at the former brewery boss.

Arwel incinerated all of his son’s possessions – including his laptop, photos, childhood drawings and clothes.

Why would a dad burn all he had left of his dead son unless he was hiding something?

The Pact episode three: Did Arwel kill his son Jack?

Looking back, Arwel arrived for the fateful party at the brewery but did not attend after an altercation with his son…

Could Arwel have hung around after the cross words and followed his son into the woods?

At Jack’s funeral, Louie accused her brother Arwel of abusing Jack – like Arwel’s dad had done to him.

Has abuse repeated itself along the generations, as Louie suspects?

In which case, could Arwel have killed his son in an attempt to cover up the abuse?

Did Arwel abuse his son, kill him and burn the evidence?

Or is Louie deflecting the blame from herself?

At the end of episode three, Arwel was seen gassing himself in his car.

Clearly intent on ending his life, he ignored calls from his sister Louie as a tear trickled down his cheek.

Will he succeed in killing himself?

And is he suicidal because he killed his son Jack or because his sister Louie thought he was capable of committing the crime?

Who has been stealing from the brewery accounts?

Police officer Max is determined to find out who has been stealing from the brewery accounts.

Louie insists it was Jack who was siphoning money before he died.

However, Arwel suspects it was Louie – after all, she does have a penchant for stealing.

So who was stealing and why? And is it anything to do with Jack’s murder?

Is Nancy blackmailing Anna and her friends?

Anna (Laura Fraser) was on the hunt for the blackmailer during episode three.

The mystery texter threatened to reveal their secret this week and upped the pay off to £10,000.

At the end of episode three, Anna tracked the GPS to find the phone – only to discover the phone in Nancy’s hands.

Is Nancy blackmailing her friends for money or power?

It would explain Nancy’s determination not to go to the police and tell the truth – because then she wouldn’t get the cash.

Or could Nancy have been holding her husband Richard’s phone?

After all, Richard (Adrian Edmondson) did have a mysterious black eye at the funeral, and seems to have a hate/hate relationship with his wife.

Has he found out the truth about his wife’s involvement in Jack’s death and decided to toy with her?

We suspect Richard will have a much bigger role in the upcoming episodes.

The Pact episode three – what happened?

Max realises that Arwel has incinerated all of Jack’s possessions and arrests him.

Anna’s relationship with Max is strained when he realises their savings account has been emptied.

She is forced to weave a web of lies to keep her secret.

As another blackmail message comes through, she reaches breaking point and decides to uncover who is behind the threats.

It is the day of Jack’s memorial, and the police investigation ramps up.

However, the relationship between the ‘pact’ makers begins to fracture.

The Pact continues on Tuesday May 25 2021 at 9pm on BBC One. The entire series is already in iPlayer.