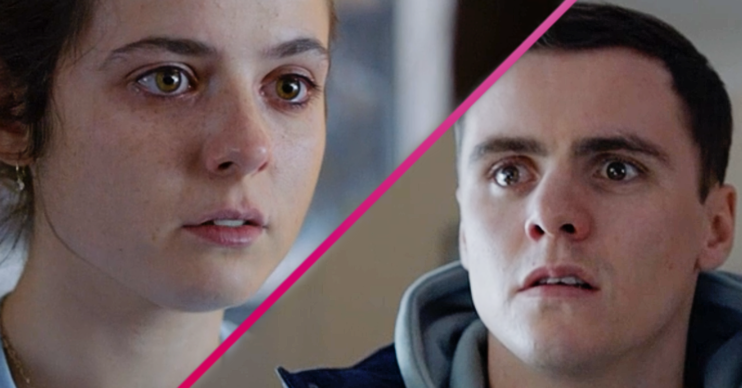 The Pact on BBC: Ryan the father of his own sister’s baby, suspect viewers

Could he possibly be involved in Jack's murder?

The Pact on BBC One is drawing ever closer to its conclusion, and viewers are convinced that there’s a final twist in the tale.

After last night’s twist in the BBC crime drama (Monday May 31) the killer of Jack Evans was seemingly revealed.

But is that the whole story?

What happened in The Pact on BBC One last night?

In the penultimate episode of The Pact, the cards began to fall and the ladies’ pact started to disintegrate.

After Nancy was kept in overnight at the station for questioning, Anna, Louie and Cat were beginning to feel nervous.

Read more: The Pact on BBC One: Will there be a series 2 of the murder mystery drama?

Anna’s husband Max was taken off the case, but he was determined to find out what had happened.

In a big confrontation, Anna finally told him what happened with Jack on that fateful night.

Naturally, this caused friction between the two and Max doubled his efforts to find out who killed the brewery boss.

He found that the victim had frequented a gaming arcade, and soon saw that daughter Tamsin had accompanied him.

At the same time, Tamsin admitted to Anna that she was pregnant… with Jack’s baby.

And, finally, viewers saw a flashback to Jack in the woods on the night he was killed, with Tamsin approaching him.

What were the main fan theories?

Although Tamsin looked bang to rights, some viewers weren’t convinced.

One wrote on Twitter: “Phew! I never expected that.

This theory comes after viewers saw Ryan act emotionally when his sister told Anna about being pregnant.

It was intimated that Ryan knew his sister was pregnant, and also knew who the father was.

What was the other fan theory?

However, viewers came up with an even darker theory.

That Ryan could be the father.

One said: “Just a thought – could Tamsin’s brother be the dad?”

Another wrote: “Anyone watch #ThePact on @BBC[?]

“Great twist at the end again, but did anyone else think Tamsin was about to say her brother was the father of her pregnancy??

Read more: Where are the viaduct and reservoir in The Pact? Where is the BBC One drama filmed?

BBC One The Pact