Matt Baker and Emma Willis welcomed a rather unusual guest on The One Show last night (June 12) and viewers were well and truly creeped out.

Ai-Da, an AI artist, was on the couch alongside comedian Dara Ó Briain and Harry Potter actress Fiona Shaw.

The robot sat in silence while Matt introduced the guests and Dara admitted: "It's kind of creepy, isn't it? I mean, I know the intention is not that, but it is." 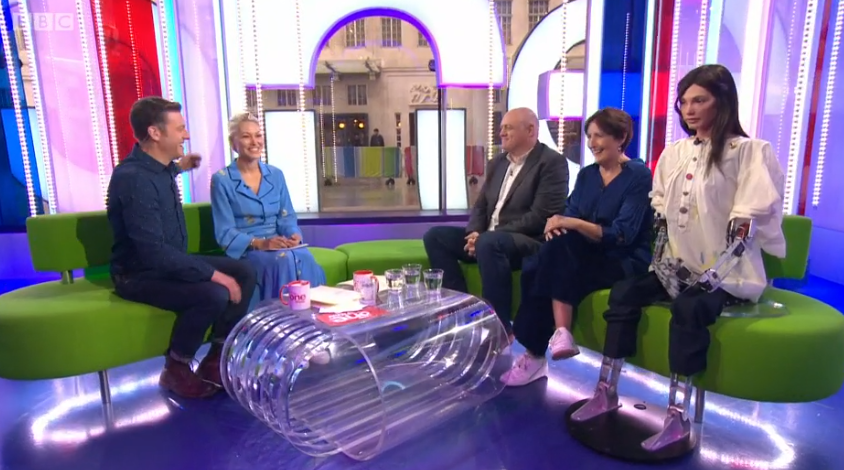 Ai-Da was on with Dara Ó Briain and Fiona Shaw (Credit: BBC)

Matt said: "She's quite something. Ai-Da has been uniquely designed to produce expressionist drawings in a way that robots have never done before."

Viewers on Twitter were extremely weirded out by the AI, which blinked every now and then as it watched the others in the studio.

One said: "Nope. Robots. Nope. I don't like this. Nope. It looks creepy AF. #TheOneShow @BBCTheOneShow She will turn on us all one day?"

This AI artist robot is creeping me out...

Another tweeted: "Finding the Robot slightly creepy on #Theoneshow!!"

Someone else commented: "Robots that look human give me the creeps. Why do they blink?! #TheOneShow."

A fourth said: "This AI artist robot is creeping me out... #TheOneShow."

Nope. Robots. Nope. I don't like this. Nope. It looks creepy af🙈 #TheOneShow @BBCTheOneShow She will turn on us all one day🤪

Robots that look human give me the creeps. Why do they blink?! #TheOneShow

This AI artist robot is creeping me out.. #TheOneShow

Matt revealed that Ai-Da would be giving a demonstration of her drawing skills and Emma asked the robot who she would be sketching.

She replied: "Because I know Dara loves robots, and I'm told he's quite funny sometimes, I'd like to draw him. He's an interesting looking fella." 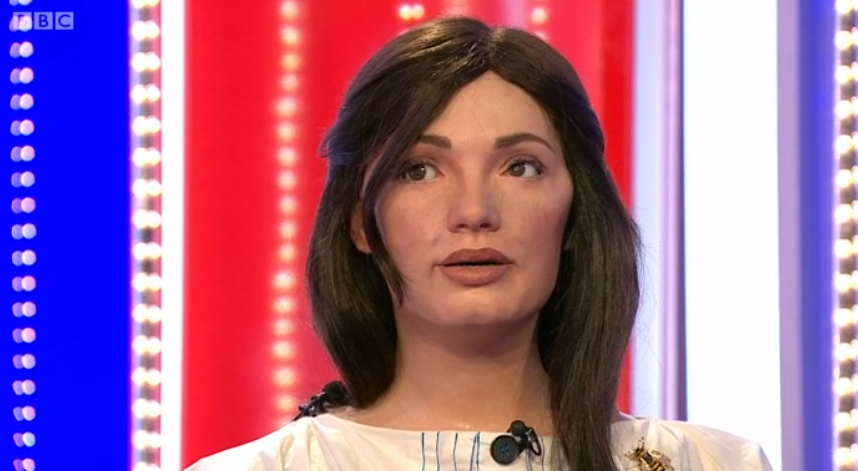 Dara then mocked the robot's choice, claiming she'd just picked the easy option as he's essentially "an egg with eyes".

Later in the show, the result of Ai-Da's drawing was revealed.

Dara asked, as they approached the table where she had been working: "Can she have any concept of being happy with how it went?" 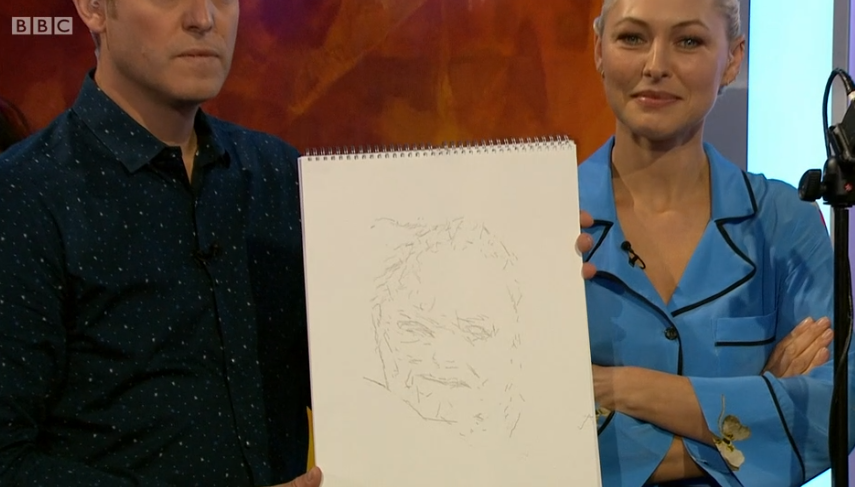 The AI expert on the show said: "Just really grab this. You're seeing a drawing by a non human. A non organic being! Can you see the likeness?"

They held up the drawing, showing a rough pencil sketch of a face.

Dara replied, hesitantly: "I can a likeness, to something... not necessarily..."

Clearly not wanting to offend the artist, he added: "Well done, Ai-Da, for a valiant attempt."

What did you think of Ai-Da and her drawing skills? Leave us a comment on our Facebook page @EntertainmentDailyFix and let us know. 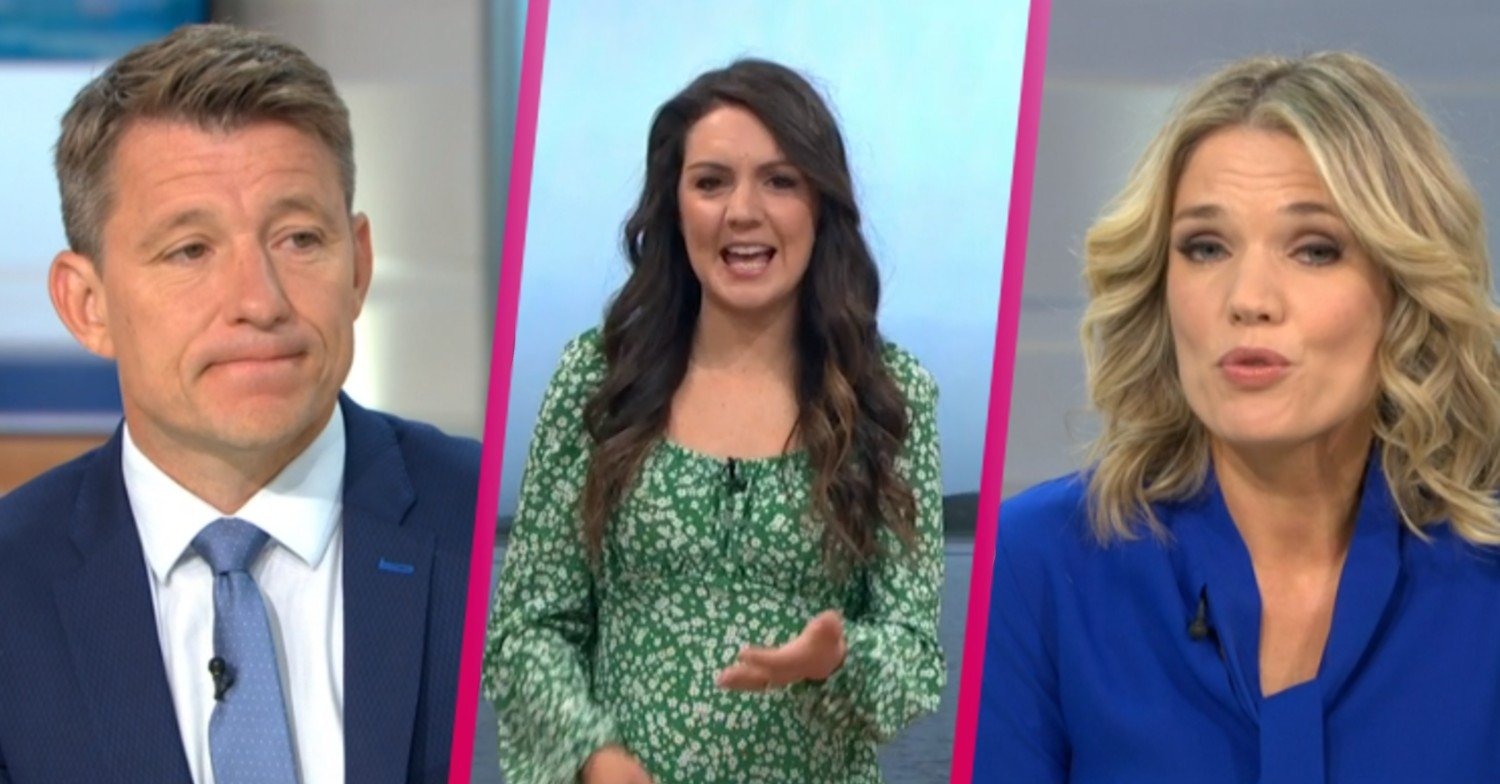