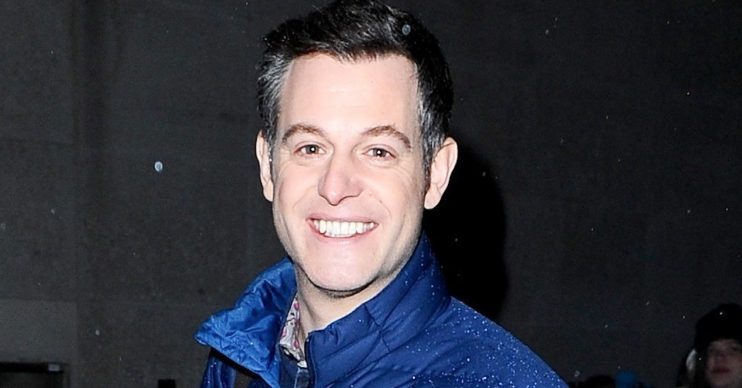 The One Show: Matt Baker will not be replaced as he leaves tonight

Matt Baker has been a popular fixture on BBC One’s cosy early evening programme The One Show.

So viewers were gutted when the Countryfile presenter announced that he would be leaving back in December last year.

Tonight is the dad of two’s final show and, even last week, co-host Alex Jones admitted that they didn’t have a replacement sorted.

But this appears to have been remedied and cover is now in place.

However it seems that Matt may be irreplaceable as a single host will not be filling his space on the sofa.

Instead, a selection of presenters will work on rotation.

A source apparently told The Sun: “During his absences on The One Show, a long line of other men have appeared in his place and seem to gel well with Alex.

“Producers felt the mix kept the dynamic on the sofa feeling fresh and different, which seemed to match the mix of content on the programme.

“Plus, there isn’t any shortage of stars who are willing to regularly feature on one of BBC One’s most popular shows.”

So, that could mean we’ll be seeing a lot more of Patrick Kielty, Michael Ball and Marvin Humes!

It will be an unusual departure for Matt, who will be doing his final show from home – he began self-isolating last Tuesday after one of his household developed a cough.

Matt explained via video link: “There’s four of us here in this household and, this afternoon, one of us has a cough so we’re following the Prime Minister’s guidelines.”

She said: “I spoke to Matt Baker a bit earlier.

“He felt super groggy, really tired. We don’t know of course if he’s got coronavirus, but [he’s] really not very well.”

Alex also revealed last week that there was no rush to find a replacement for her co-anchor.

“We decided that we aren’t going to rush into a decision of who to replace him.

“Matt nailed it, but it’s a hard job. And it’s got to be someone I can have a laugh with.

“We’ll probably have guest hosts a week at a time over summer.

“We’ve been racking our brains and there are lists and lists [of people], but I think the right person will become obvious in their own way.

“There are loads of presenters and comedians I would love to see doing it permanently – my dream co-host is an amalgamation of different people – but they have got commitments.

“I’m hoping the universe will send the right person.”

Matt revealed just before Christmas 2019 that he was moving on to pastures new.

“‘I would like to take this opportunity to say that at this time of year I like to stop, reflect and take stock.

“It’s time to give someone else the opportunity to see how big-hearted and generous you, the viewers, really are. It’s something I get to witness every year.

“I thank you all from the bottom of my heart… now I finally get to put my kids to bed. Thank you everyone for the most random, wonderful nine years.”

Although he will no longer be hosting The One Show, Matt will continue to present BBC’s Countryfile and do sports coverage for BBC Sport.

Alex Jones BBC One Matt Baker The One Show