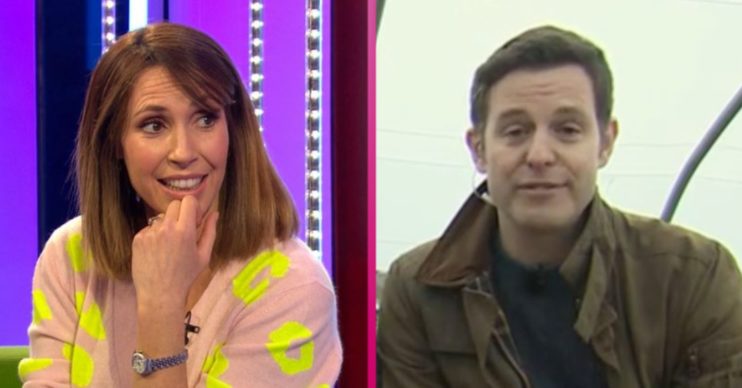 The One Show: Matt Baker makes ’emotional’ return alongside all his family!

He was on to chat about his new show, Our Farm

Matt Baker returned to The One Show last night, one year after he stepped back from his role as a presenter on the programme.

The former Blue Peter host, 43, featured on Wednesday (March 31) evening’s episode of the BBC show to talk about what he’s been up to since leaving, as well as his new reality programme, Matt Baker: Our Farm.

Matt Baker makes ’emotional’ return to The One Show

Appearing via video link from his Durham Dales farm alongside his family, Matt sounded as though he was fighting back tears as he revealed how “emotional” he felt to be back on The One Show.

Matt said: “I’m a bit emotional, to be honest with you. Hearing your voice, hearing the music at the start and just that general vibe.”

For his last episode, which was at the start of the coronavirus lockdown, Matt spoke to Alex from his home.

Speaking last night, Matt continued: “It’s incredible that I said goodbye on a laptop propped up on an ironing board a year ago today, and now I get to welcome you all to the Durham Dales because that’s the reason why I’m talking tonight, because I’ve got this new show starting.

“It’s basically all about our family farm and the situation, really, that I found myself in not long after lockdown.”

Miss Matt so looking forward to seeing his programme.

On Twitter, viewers were glad to see Matt back on the programme, revealing they “missed” him and hailing him “one the best” presenters the show has had.

One said: “Ahh lovely Matt, he’s a miss but so looking forward to watching his new series tonight.”

Another tweeted: “Matt Baker was one of the best presenters of #TheOneShow.”

Someone else said: “Miss Matt so looking forward to seeing his programme tonight.”

Ahh lovely Matt, he’s a miss but so looking forward to watching his new series tonight 😘

Matt Baker was one of the best presenters of #TheOneShow. Jermaine Jenas must be looking on in awe and wonder. @BBCOne

I know I miss him on that.

Elsewhere, Matt congratulated Alex Jones on her baby news and hinted she had told him before going public with it.

The One Show host recently revealed she is expecting her third child with husband Charlie Thomson.

Matt said: “It’s so wonderful we can talk about your news publicly now, which is marvellous. So, publicly, congratulations!”

Alex replied: “Thank you so much.”

He joins us with his family from his parents’ farm in the Durham Dales.

Were you glad to have Matt back on The One Show? Leave us a comment on our Facebook page @EntertainmentDailyFix and let us know.

BBC BBC One Matt Baker The One Show