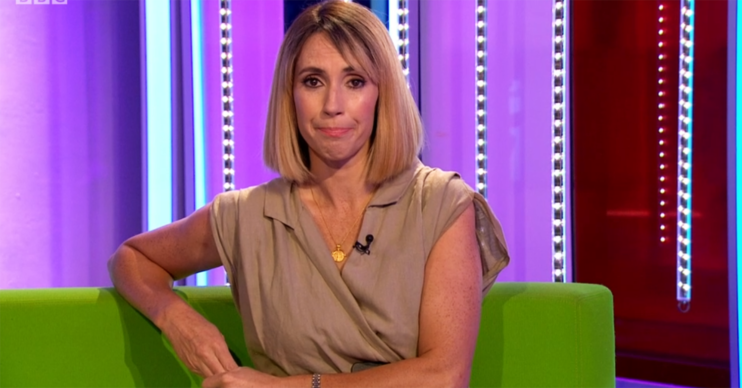 Alex said "everybody on the team is devastated" by Charlie's death

The One Show star Alex Jones has paid tribute to a colleague following his death.

Alex shared a message for Charlie Mott, one of the show’s researchers, at the end of Monday evening’s programme (August 24).

The presenter told viewers that “everybody on the team is absolutely devastated” by Charlie’s death.

Read more: The One Show’s Gethin Jones mocks Alex Jones as he copies her look

What did Alex Jones say on The One Show?

Alex said: “Now, before we go, we just wanted to pay tribute to one of our colleagues Charlie Mott, who sadly died at the weekend.

Our thoughts are with his family and we are sending lots of love from all of us here.

“Everybody on the team is absolutely devastated. He was hugely talented and such good company. We miss him so much.”

Becoming emotional, she added: “Our thoughts are with his family and we are sending lots of love from all of us here.”

In respect for Charlie, the show’s closing frames aired in silence rather than its usual theme music.

'We'll miss him so much.'@MissAlexjones pays tribute to one of our colleagues, Charlie Mott, who sadly died at the weekend. Our thoughts and prayers are with his family. pic.twitter.com/gF0fmEtZBN

Charlie’s cause of death has not yet been confirmed.

What did The One Show viewers say?

One person said: “So so sad, totally shocked to hear this, such a lovely guy, always smiling and brightened your day. We’ll miss you Charlie.”

A third added: “Thinking of you all at this sad time.”

Meanwhile, Olympic runner Iwan Thomas also paid tribute to Charlie, who he called “one of the nicest people I have met in this industry”.

He wrote: “Totally devastated, one of the nicest people I have met in this industry, always brought a smile to my face when I saw his name on the call sheet knowing I’d spend time with him.

In addition, astronaut Tim Peake added: “Such tragic news – Charlie was a wonderful, friendly guy, a real pro and a pleasure to work with.

“Thoughts are with his family.”