Fans of The One Show found themselves cringing after actress Helen Mirren pulled up host Alex Scott for using a word she found "insulting".

As the legendary film star joined Strictly's Alex and presenter Matt Baker in the studio last night (30.10.19), the programme aired a clip showing some of the most famous roles she's played over the years. 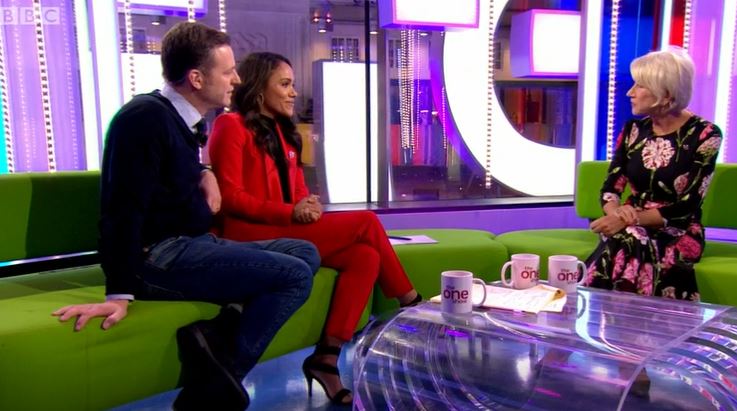 Alex, kicking off the interview, said: "Watching that, it just makes me smile because there are some strong, feisty women you've played."

But Helen took issue with Alex's use of the word 'feisty', as she replied: "Well, you know, I have played housekeepers as well. I'm playing a cleaner in my next film, so I hope there's a bit of variety there. Those are all great roles, for sure.

I was being the boss there wasn't I?

"I have to say, I don't like the word 'feisty'. I don't know why, it's something to do with... I think it's because it's always related to women. They never say a 'feisty man'. I find it slightly insulting, I don't know why. I want to find another word for feisty.

She then added, laughing: "See, I was being the boss there wasn't I?"

Dame Helen Mirren does not like the word "feisty". 😬

Mention it again @AlexScott and you'll feel the full wrath of The Boss! 😀#TheOneShow pic.twitter.com/9thKvbQAlx

On Twitter, viewers were divided over the "cringeworthy" moment, with some relating to what Helen said and others rushing to Alex's defence.

One said: "Don't think that was necessary, cringeworthy in fact! @AlexScott you handled it brilliantly!"

Another tweeted: "I totally agree with Helen Mirren regarding the word 'feisty'! I have been called that often and it is a derogatory term used against women. I am polite, I respect others, yet I will defend my friends and myself. If you ask for my opinion, it will be my opinion you receive." 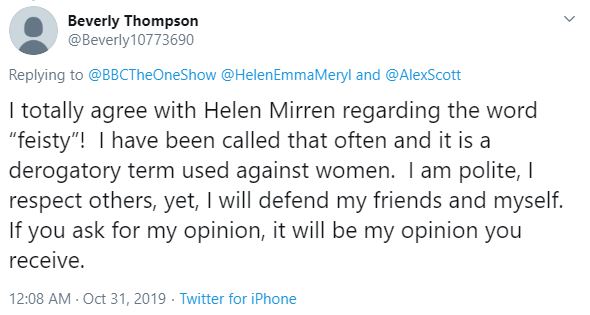 A third suggested: "Instead of 'feisty', what about 'courageous' or 'bold'?"

Someone else said: "Felt sorry for @AlexScott, she clearly didn't mean to offend Helen! Was very over the top!"

Elsewhere in the interview, they talked the projects in which Helen has played British monarchs.

"In the same year, which was weird!" Helen told him, adding: "That was quite a year. A lot of research for both [roles], obviously." 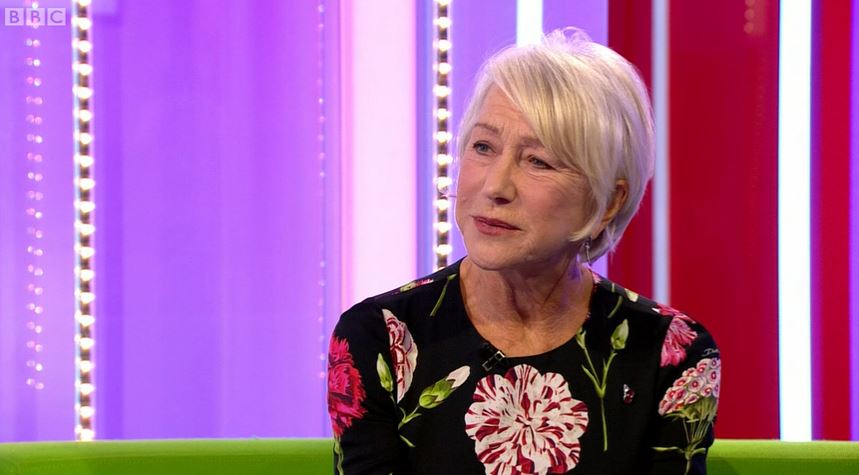 Read more: Miranda Hart reveals moment the Queen 'yawned like a dog' in her face

They then showed a recent photo of the Queen from the royal dressmaker and Helen commented: "Oh look, oh how lovely. I've seen her in the country, she's often like that. In the Barbour jacket, watching the horses. Walking with the dogs. She's a country woman at heart."

Did you think what Helen said was necessary? Leave us a comment on our Facebook page @EntertainmentDailyFix and let us know.