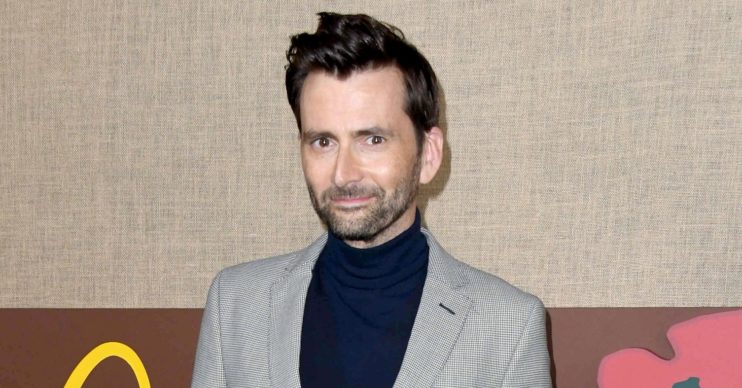 Fans loved his new 'do

BBC viewers were stunned as David Tennant showed off a bold new look on The One Show.

During Tuesday (June 9) evening’s episode, the Broadchurch actor was on with his pal and Good Omens co-star Michael Sheen.

What did fans think of the look?

Someone else said: “David Tennant and Michael Sheen rocking the lockdown hair look on #TheOneShow.”

The pair were on to chat about their new show, Staged, which they have been working on during lockdown.

It follows two actors who are out of work and trying to rehearse a play, despite the pandemic, with the hope of eventually taking their play to theatres.

In the six-part series, which starts tonight (June 10) at 10pm on BBC One, David’s character is the more affable of the two. Martin’s character, on the other hand, needs to be coaxed and flattered into committing to rehearsing for the play remotely.

In a chat with Radio Times, David said: “Because we haven’t written the scripts, it’s very much the writer’s version of who we might be.”

Martin told the publication: “In the opening episode, they used a version of the scene where David rang me up and asked me to do [Staged]. So I suppose that seeded an idea of me as the tricky one who might suddenly fly off the handle. Rather than that I’m a complete [bleep] in real life.”

Luckily for fans of David Tennant, the Scottish favourite is back on our screens for repeats of hit ITV drama Broadchurch.

The first series of the programme, which stars Tennant and Oscar winner Olivia Colman as detective duo DI Alec Hardy and DS Ellie Miller, got underway on Monday (June 8) evening.

Read more: Alex Jones hits back as viewer brutally mocks her outfit live on The One Show

And while fans of Broadchurch were ecstatic ITV is showing repeats, they had one issue with the drama.

Broadchurch is primarily set and filmed around Dorset. But some felt the West Country accents depicted in the programme were not particularly realistic.

Will you be watching David Tennant’s new show, Stage? Leave us a comment on our Facebook page @EntertainmentDailyFix and let us know.