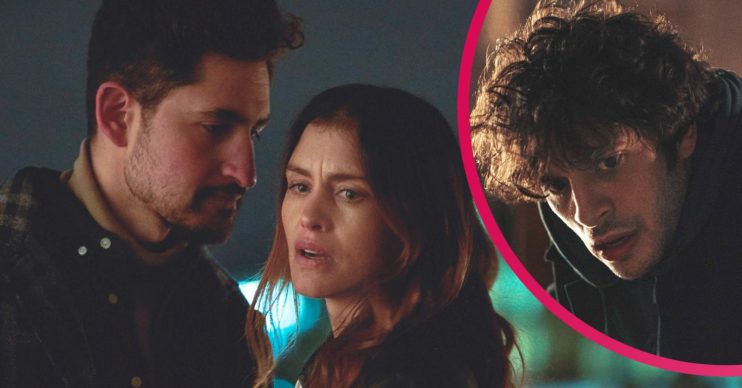 The One on Netflix: Book, cast, release date and other details

It's coming to the streaming platform this month

The One is coming to Netflix soon, but is it based on a book? What’s the premise of this exciting new drama?

The eight-part show offers viewers a peak at what could happen if everyone became obsessed with finding the perfect partner.

It could make for poignant viewing in a time when finding a date, thanks to popular apps like Tinder and Bumble, has never been easier.

Read on to find out more about the show, coming soon to the streaming platform.

Is The One on Netflix based on a book?

Yes, The One is based on a book.

Author John Marrs wrote the novel that inspired it. It was published in 2017.

What is The One about?

The One tells the story of a society in which people are obsessed with finding that perfect relationship.

It explores just how far people are willing to go to in order to find their soulmate, with DNA testing having revolutionised dating.

And the official synopsis poses the question: ‘No matter how good your relationship, which one of us can honestly say we haven’t thought about whether there is someone better out there?’

Hannah Ware plays Rebecca, chief exec of the multi-million pound business pairing people up based on their DNA, called MatchDNA.

Hannah was also in the films Oldboy, Shame and Hitman: Agent 47.

The Monuments Men actor Dimitri Leonidas stars alongside her as James, co-founder of the business.

Which one of us can honestly say we haven’t thought about whether there is someone better out there?

Wilf Scolding plays Rebecca’s partner, Ethan, while Amir El-Masry is in the cast as Rebecca and James’ friend, Ben.

Also in The One are Stephen Campbell Moore, Olivia Chenery, Lois Chimimba and Eric Kofi-Abrefa.

When is it on Netflix?

The One will arrive on Netflix at 8am, for UK viewers, on March 12.

The series will span eight episodes, all of which will be available from the launch date.

Trailer for The One – what are viewers saying?

There is currently a trailer for the show.

In the comments on YouTube, viewers reacted to the scenes, with a number comparing it to an episode of the series Black Mirror.

One said: “Okay, interesting BUT whoever decided to use the jogging scene to match the escalating tension with the thumping of the shoes, you deserve a raise. Just say. 10/10.”

Read more: Who plays David in Behind Her Eyes on Netflix? Is Tom Bateman really Scottish?

Another didn’t think it would be like the book. They said: “I just finished reading the book and I can tell this show isn’t going to follow it.”

A third commented: “Read The One by John Marrs… I really enjoyed the book so I’d watch this.”

A fourth said: “This trailer feels like a Black mirror episode.”

Someone else echoed that, writing: “We get it, it looks like an episode of Black Mirror. On the other hand, it looks pretty interesting. And I’m all for all these women’s main lead Netflix shows.”

Will you be watching The One on Netflix? Have you read the book? Leave us a comment on our Facebook page @EntertainmentDailyFix and let us know.

Drama Hannah Ware Netflix The One