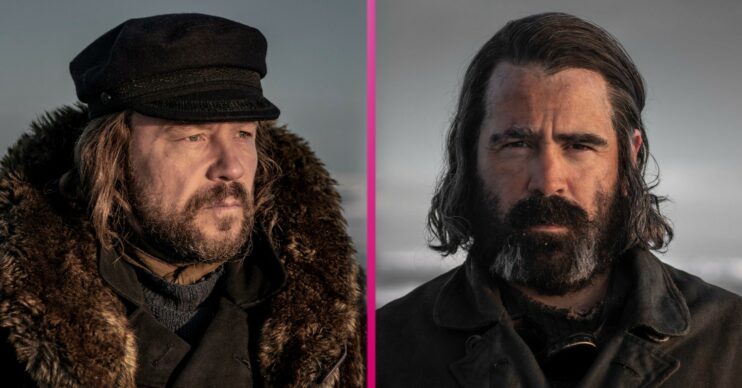 The North Water on BBC Two: Where was it filmed and is it based on a true story?

The North Water on BBC Two is a brutal sea-bound drama set in the 1800s – but where was it filmed and what record does it hold?

It stars an unbelievable cast – Stephen Graham, Colin Farrell and Jack O’Connell among others – but it’s the (very) northern locations that make it stand out.

What is The North Water on BBC Two all about?

Mysterious surgeon Patrick Sumner joins the ship, The Volunteer, hoping to banish his shady past.

The Volunteer is tasked with travelling north into unchartered waters for a whaling trip.

However, the craziness of the elements is matched by the violence of his crewmates.

Drax, a harpooner (Farrell), is a particularly brutal force of nature.

Soon,  a confrontation brews between them.

Where was it filmed and what record does the show hold?

Scenes in pubs and on-land are grimy, as well as violent.

These interior scenes were filmed in Hungary in 2019 and then in the UK after a break in filming due to the Covid pandemic.

But when it came to filming the exteriors, it was a different kettle of fish entirely (pun intended).

The production team travelled to Svalbard in Norway, and as far north as 81 degrees in order to shoot the ice pack scenes.

The North Water is reported to be the furthest point north any TV drama has ever been filmed.

What did the cast say about filming so far north?

Colin Farrell said about his filming experience: “I did feel that death was just around the corner at any given time, that we were just one mistake away from someone falling into the Arctic sea and either very quickly getting hypothermia or sinking under the weight of the waterlogged costume.

“None of us had been up to that part of the world before, we were all seeing it with child’s eyes.”

“They said, ‘three weeks filming in the Arctic’, and I was like, ‘well, not really the Arctic, not the Arctic Arctic?’.

“But they said: ‘It’s three weeks in the Arctic on a ship, sailing’.

“We ended up 22 miles away from the North Pole.

“We pulled into this massive glacier and there was this feeling of being on another planet. It was unbelievable.”

Is The North Water based on a true story?

The North Water has been adapted from Ian McGuire’s book of the same name.

Released in 2016, it went on to be long-listed for the prestigious Man Booker Prize.

One reviewer said: “The strength of The North Water lies in its well-researched detail and persuasive descriptions of the cold, violence, cruelty and the raw, bloody business of whale-killing.”

However, McGuire did undertake extensive research into whaling and what life was like in the 19th century.