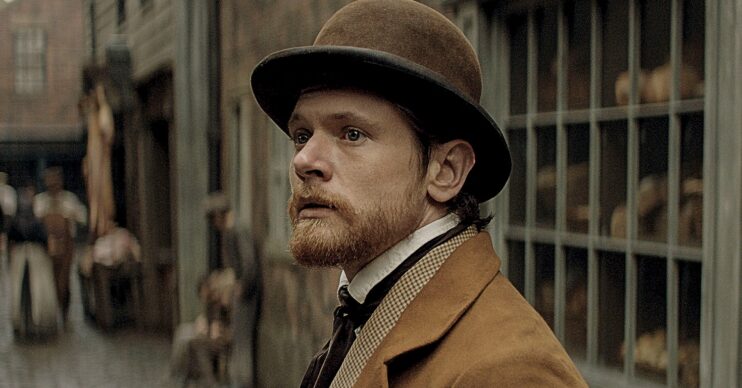 The North Water: Here’s where you might recognise ‘Jack The Lad’ Jack O’Connell from

Jack is a real rising star

The North Water begins tonight and Jack O’Connell is one of the stars.

The period sea-bound drama is set to dominate our Friday nights on BBC Two for five weeks – that is if you like intense, brutal and very dark fodder.

Alongside Jack, there’s Colin Farrell and Stephen Graham, all top-level stars. But who is Jack, and what has he been in before?

Who does Jack O’Connell play in The North Water?

He plays a mysterious surgeon Patrick Sumner, who is hiding a secret or seven from his shady past as a soldier in the colonial wars in India.

When he signs up for a whaling trip on The Volunteer, he joins a ragtag group of men who make up the crew.

Together they head towards the Arctic Circle, but soon the climate and the nature of the trip soon sees Sumner start to lose his marbles.

And, when he comes face-to-face with Drax (Farrell), an almighty confrontation is on the cards.

How did The North Water star Jack O’Connell become famous?

Born in Derbyshire, Jack made his name in Shane Meadows’ classic film, This Is England ’86.

But in 2010, he landed the role of James Cook in E4 teen drama Skins that he really hit the headlines.

James was a full-on partygoer who had a reputation with the ladies and liked to get into a bit of trouble.

He had a fiery, sexy relationship with Effy Stonem (Kaya Scodelario).

Jack left the show in 2013, and has appeared in films and TV since, most notably Sky crime drama The Runway and US western series, Godless.

Why has Jack got ‘Jack The Lad’ tattooed on his arm?

When he was working on Skins, Jack acquired a bit of a party-boy reputation and reportedly turned up to interviews hungover.

He acquired a juvenile criminal record when he was young, and then Skins came along when he was 17.

Subsequently, he had his childhood nickname ‘Jack The Lad’ tattooed onto his arm.

The trouble he got into nearly stopped him getting a visa to work in America.

“I really, really had to dig deep to get a second chance,” he told The Wrap.

“I had to spend a lot of time doing drug tests and alcohol tests and even after doing that, I was denied once.

“It’s just been a case of letting my actions do the talking. I know I’m not a liability to myself, I’m not violent either. My life isn’t a struggle anymore.”

He also told GQ: “It used to say that my Jack the Lad mentality was disruptive to meself and everyone else’s education.”

“I’m not trying to have the most fun I’ve ever had ever, anymore, you know? That used to be the mentality every time I left the house.”

Is Jack friends with Angelina Jolie?

Hollywood superstar Angelina cast Jack in her 2014 movie, Unbroken, which she directed.

He played Louis Zamperini, an Italian-American Olympic distance runner who, as a bombardier in the World War II, survived a plane crash over the Pacific and was held for two years in Japanese prisoner-of-war camps.

To play the role, he reportedly lost 30lbs – two and a half stone!

As for his relationship with Angelina, he said in The Mirror: “She never let me down and just supported me every day. She understood the enormity of the task I was taking on. I consider myself indebted to her.

Angelina even chartered a helicopter and took Jack and his family out to dinner.

Is Jack single and does he have any children?

In 2009, while they were tearing things up onscreen in Skins, Jack and Kaya were real-life sweethearts too.

“Oh, it was first love,” Kaya told The Telegraph.

“It was everything to me at the time. Everything’s a ‘first’, isn’t it, and it felt so wonderful, obsessive even.”

While Jack and Kaya’s relationship burned brightly for a year, rumours were that he later saw Cara Delevingne in the mid-2010s.

Jack was also linked to former X Factor judge Tulisa Contostavlos in 2012, when they were papped together. They were said to be having a ‘secret romance’.

Tulisa even referred to him jokingly on Twitter as a “bit of rough”.

It’s not known if Jack is in a relationship at the moment.