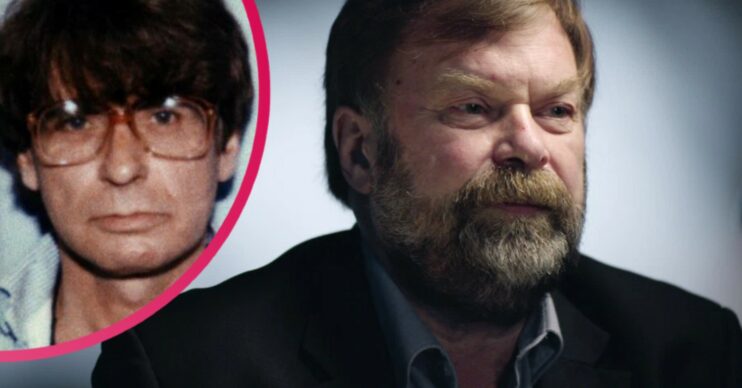 The Nilsen Tapes: Netflix films sheds light on how serial killer Dennis Nilsen ‘could have been caught sooner’

One of history's most horrific killers

New Netflix documentary Memories Of A Murderer: The Nilsen Tapes aims to explain how Dennis Nilsen escaped capture for so long.

Referred to as the “Kindly Killer,” Nilsen would lure gay men to the deaths with acts of kindness.

He acted alone in the late 70s and early 80s, offering things such as alcohol, food or a warm bed for the night.

His victims were usually those who had been shunned by society and were therefore susceptible to a stranger’s supposed generosity.

Nilsen was jailed in 1983 for murdering six men and attempting to murder two others.

However, it remains unknown how many men he actually killed before being put behind bars.

So, the question remains…

How did Dennis Nilsen get away with murdering for so long?

The Nilsen Tapes director Michael Harte says he went on quite the journey while making the film.

“The more you dig into his story, the less you start to understand about him because he’s so contradictory,” he admits.

“And what I realised is when I was listening to his audio tapes was if we’re going make this film, we obviously have to interview other people here…

“And what I realised was that a lot of the things he was saying, more often than not, were being contradicted by other people, by the people I interviewed.

He continued: “So what I had on my hands more than anything was, here’s an unreliable narrator.

“But what I can try to understand is the fact that I could learn much more about why he got away with what he did.

“The second half of the film is structured in such a way that that question starts to grow, why did he get away with it so long.”

Nilsen could have been stopped in his tracks if a young boy’s family had pressed charges.

After being plied with alcohol, the youngster woke up naked in Nilsen’s flat and immediately sensed danger.

In a move that saved his life, he jumped up and dove through the glass window in the living room to escape.

He needed 100 stitches, and at the time had no idea he had narrowly avoided being the serial killer’s first victim.

Detective Bob Brenton says in the documentary: “We discovered that the juvenile was a missing person. We spoke to his parents, but his father just said, ‘He’s not going to court’.

“I remember saying, ‘Do you realise what is going to happen if you do not bring a prosecution? He’s gonna do this to somebody else’. But, no, they were adamant.

“I was fuming. He would have gone to prison — GBH with intent is potentially life imprisonment,” he adds.

Despite being a critical hit, Des sparked complaints from some viewers who thought the plot was too grisly and also for showing characters smoking.

Will you be watching the Dennis Nilsen film on Netflix? Leave us a comment on our Facebook page @EntertainmentDailyFix and let us know what you think of this story.

Dennis Nilsen Memories Of A Murderer: The Nilsen Tapes Netflix