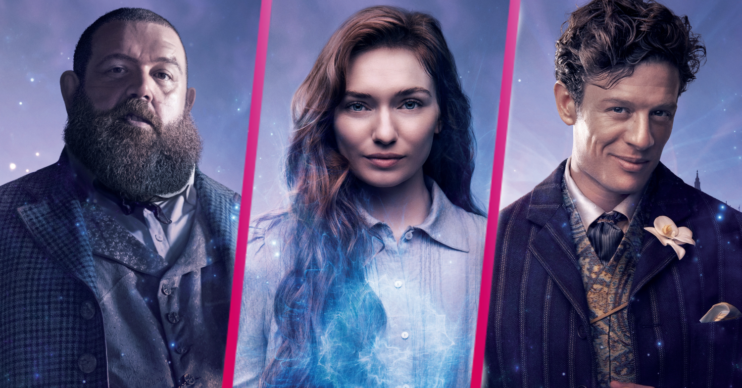 The Nevers on Sky Atlantic: What is it about, who’s in the cast and when does it start?

'Bridgerton with superheroes' says one review

The Nevers on Sky Atlantic stars TV favourite James Norton, but what is the upcoming series about and when does it start?

Who else is in the cast and what is it based on?

Here’s everything you need to know about The Nevers on Sky Atlantic.

The Nevers on Sky Atlantic – what’s it about?

It’s an epic tale following a gang of Victorian women who find themselves with unusual abilities, relentless enemies, and a mission that might change the world.

This doesn’t go down too well with some of the men folk, who turn violent and cruel.

The whole thing is said to build to a big twist in the final episode, according to cast member James Norton.

Leading ‘the Touched’ are Laura Donnelly as Amalia True, and Ann Skelly as Penance Adair.

Northern-Irish actress Laura is known for portraying Hella in Britannia, Jenny Fraser in Outlander and Sarah Kay in The Fall.

Olivia Williams is Lavinia Bidlow, a rich spinster supporter of the Touched.

She’s perhaps most famous for her role in The Sixth Sense, and will soon play Camilla Parker Bowles in Netflix’s The Crown.

War of the Worlds actress Eleanor Tomlinson stars as Mary Brighton, a failed singer who has a big surprise ahead of her.

Ben Chaplin of Mad Dogs fame appears as Inspector Frank Mundi, a gruff policeman with a strong sense of morals.

It’s available to all subscribers of Sky Atlantic / Now TV.

How many episodes is it and can we binge it?

The first season will consist of 12 episodes, split into two six-episode parts.

The second half of season one was delayed due to the pandemic and begins filming later this year, so there’ll be a bit of a wait until we get to see the finale.

The first episode, the pilot, begins in 1899 London.

It’s a sanctuary for people with extraordinary powers known as the Touched.

Amalia and Penance Adair rescue Myrtle, a Touched girl who speaks in fragments of different languages, from a band of strange thugs.

Meanwhile, Lord Massen and other government officials discuss the Touched and their impact on the country…

What is it based on?

The Nevers is based on an original script by Joss Whedon.

He’s known for creating shows such as Firefly, Angel and Buffy the Vampire Slayer.

Joss has since stepped down from his role on The Nevers.

Explaining his decision to step down, he said in a statement: “I am genuinely exhausted, and am stepping back to marshal my energy towards my own life.”

In fact, Joss left the project as soon as The Nevers episode six wrapped shooting in late 2020.

The Nevers has not been cancelled or renewed as yet.

Although creator and writer Joss Whedon is no longer working on the project, the series could continue with a new team of writers.

The Nevers on Sky Atlantic – reviews

He says: “The compelling leads of HBO’s drama about women afflicted with special gifts can’t charm past an overstuffed plot and the shadow of its creator.”

On Rotten Tomatoes, the website’s critics consensus reads: “Despite strong performances and stellar production design, The Nevers struggles to stitch its slew of intriguing components into a solid show.”

In a positive review by Lorraine Ali from the Los Angeles Times, she wrote: “The Nevers is a joy to watch and a thrill to follow.

Lifehacker.com describes the series as “like Bridgerton with superheroes”.

Will you be tuning in to The Nevers on Sky Atlantic? Leave us a comment on our Facebook page @EntertainmentDailyFix.