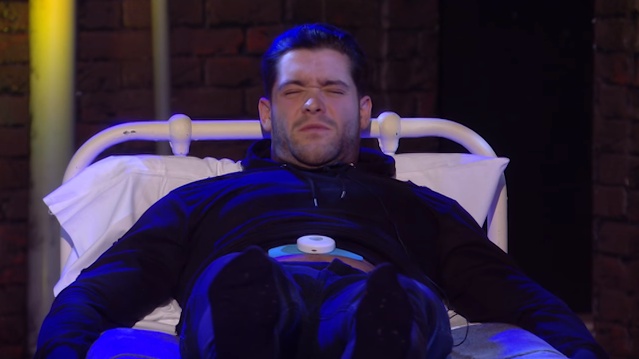 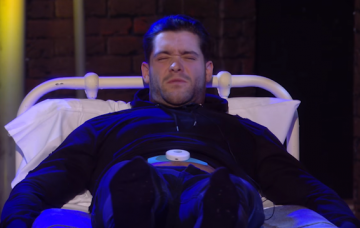 Let's see how they get on!

The men who’ve entered CBB this weekend probably thought they’d landed a pretty unfair job when they were designated house cleaners and cooks.

But that was nothing compared to what they’ll go through tonight!

In a bid to help men understand a bit about what it’s like to be a woman, the devilish producers at Celebrity Big Brother have come up with a genius task.

And like all the best tasks on reality TV, it involves lots of gurning and making silly faces due to the exertion.

So what’s got the blokes in the house grimacing and gripping the bedframes?

They’re simulating the labour pains associated with childbirth, of course!

Ex-footballer John Barnes, 54, says before the task starts that: “It’s worth it when you see what the end result is.”

Maggie fires back: “But you’re not going to get an end result though, John!”

Several of the male housemates – including Daniel “Dapper Laughs” O’Reilly – are then subjected to the electric shockwaves sent through their abdomens, leaving them writhing in pain.

All the while, they’re being watched by some of their female housemates – who try and suppress their smiles!

However, it’s not all fun and games. Former politician Ann Widdecombe appears to believe the task is a bad idea.

She says: “I strongly disapprove of what is about to happen.”

After suffering through his dose of the treatment, Apprentice star Andrew Brady moans: “Why would anyone do this twice, or three times?!”

Good question Andrew! For the answer to the question, and of course the opportunity to see Love Island’s Jonny in an extremely uncomfortable position, Celebrity Big Brother is on Channel 5 at 9pm.