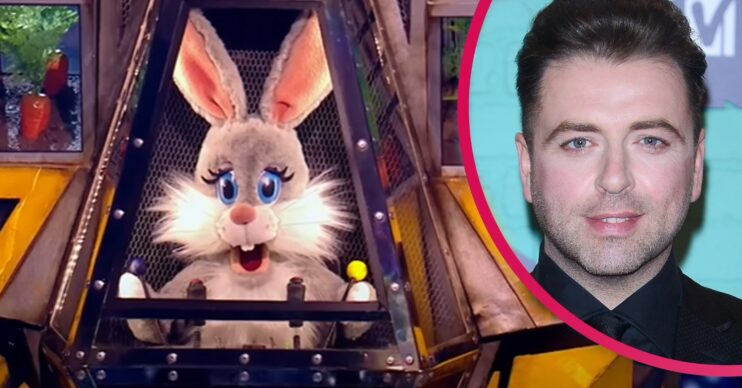 The Masked Singer: Robobunny’s identity ‘figured out’ by fans

The Masked Singer viewers are convinced they know who is behind Robobunny following last night’s show.

On Saturday night, Robobunny performed Somewhere Over The Rainbow by Ariana Grande.

But it was the mystery star’s voice which viewers think has proved it could be Westlife star Mark Feehily behind the mask.

Who is Robobunny on The Masked Singer?

As the show got underway, viewers began sharing their theories on who could be Robobunny.

And it was Westlife singer Mark who was the top choice for fans.

One person said: “I’m actually kicking myself that I didn’t get it was Mark from Westlife at the start. The voice is so unmistakable!”

Another wrote: “If robobunny isn’t Mark Feehily I will eat my hat. Only Mark can hit those notes you know.”

A third added: “Robobunny has got to be Mark Feehily from westlife #MaskedSinger.”

Others, meanwhile, declared Robobunny their winner if it is Mark.

One said: “I’m still going for Mark from Westlife! I love Robobunny. I want him to win.”

Another wrote: “Can’t believe we have already got to the last episode of Masked Singer next week. Hope Robobunny wins. Mark is a great singer.”

One tweeted: “Mark feehily has to win #themaskedsinger he’s smashed it every week another epic performance.”

Robobunny has sailed through to the final of The Masked Singer along with Panda and Mushroom.

Viewers were shocked at both unmaskings, especially Michelle.

One person said: “Oh my goodness. As if the weirdness of #maskedsinger doesn’t blow my mind. Michelle Williams.”

Another wrote: “How on earth do they get Michelle Williams appear on Masked Singer, she’s been phenomenal.”

A third added: “Rita [Ora]’s face when Michelle Williams was unmasked was literally me. I may have screamed.”

The Masked Singer continues on ITV, next Saturday (February 12), at 7pm.

Who do you think Robobunny is? Leave us a comment on our Facebook page @EntertainmentDailyFix and let us know.