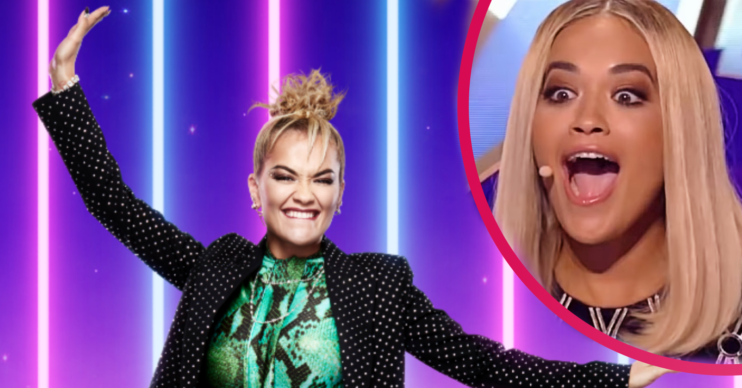 Says she doesn't care what anyone else thinks of her outfits

The Masked Singer judge Rita Ora has hit back at online trolls who have criticised her and fellow panellist Davina McCall’s outfit choices.

Singer Rita, 30, says she doesn’t “care what anyone else thinks” when it comes to her outfits for the hit ITV show.

The comments come after trolls urged Davina, 53, to “cover up”.

What did Rita Ora say about the trolls on The Masked Singer?

Speaking to The Sun, Rita said: “I really think style is a totally personal thing.

“If someone doesn’t like something I wear, they don’t have to, that’s totally fine.

Read more: Masked Singer: Davina McCall wows in sheer gown after being told to ‘cover up’

“What’s important is I just need to feel confident about me and how I feel, that’s all that matters to me with my style. I don’t care what anyone else thinks.”

Why is Rita in hot water?

Rita’s defiance in the face of the trolls comes after a tumultuous few weeks for the singer.

She found herself in hot water when she celebrated her 30th birthday at a restaurant during lockdown.

Her security team allegedly paid a restaurant in west London £5,000 to stage the party.

If someone doesn’t like something I wear, they don’t have to, that’s totally fine.

However, Rita should have been quarantining after returning from a trip to Egypt.

Meanwhile, last week, she was reportedly taken into quarantine by ‘armed police’ after arriving in Australia.

She’s in the country to appear as a judge on Australia’s version of The Voice.

Opinion may be turning against Rita on The Masked Singer, too.

On last week’s show, comedian and chatty man Alan Carr sat in on the panel.

But soon, viewers were demanding that Alan, 44, replace Rita in the future.

One viewer tweeted: “Can we just replace Rita Ora with Alan Carr?

“Nobody needs to see her every week after what she did. #MaskedSingerUK.”