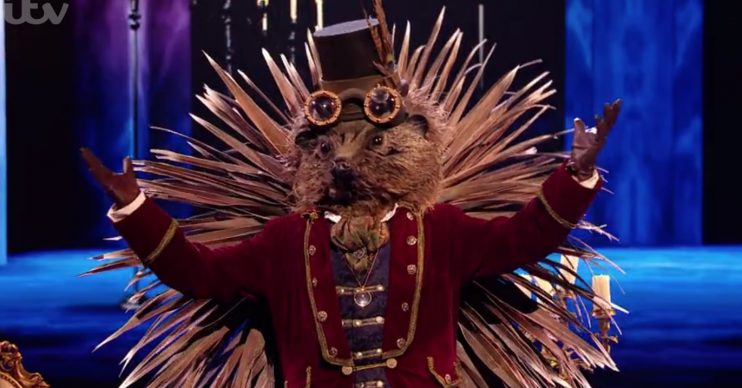 Could it be Simon?

After another night of revelations, only five singers are left to be unveiled in The Masked Singer.

Host Joel Dommett sat down with Sunday Brunch hosts Tim Lovejoy and Simon Rimmer to discuss the show and its success, as well as speculate who the remaining identities are.

And it wasn’t long before conversation turned to Hedgehog, which drew a surprise response from one of the show’s hosts.

The final place the key is letting @joeldommett access is the kitchen, he’s cooking a Boozy Coffee Cheesecake! 🤤 #SundayBrunch pic.twitter.com/rKmvSl6Asr

During their chat, Tim, 51, quizzed 34-year-old Joel about the show.

“Who’s deciding on the costumes?” he asked. “Do [the contestants] have any say in it?”

“I think it’s a sort of collaboration between the costume people and them,” Joel replied.

It was then that Simon became involved. “I mean I had quite a collaborative process,” he quipped.

“When you were deciding on the Hedgehog, how was that?” Joel said, joining in on the joke.

I felt I wanted something that reflected my hairy back.

“It was pretty good really,” Simon replied, carrying on the joke. “I felt I wanted something that reflected my hairy back.”

“I thought that was a good link,” Simon continued.

Former Skunk Anansie singer Skin was revealed to be Duck.

This shocked the panel, which included guest stars Sharon and Kelly Osbourne, the latter of who had been on tour with Skin.

Earlier on in the show, Unicorn took off his mask to reveal his identity – Scissor Sisters singer Jake Shears.

Many had been convinced Unicorn was Dancing On Ice judge John Barrowman.

During last night’s show (Saturday February 1 2020), viewers were convinced they knew the identity of Queen Bee.

Before once again wowing both the famous panelists and the audience with her voice, the mystery star spoke to the camera about her life.

And it wasn’t long before viewers were convinced it was Jade Thirlwell from Little Mix.

Taking to Twitter, one fan declared: “All I can hear is Jade Thirlwall in Queen Bee. #TheMaskedSinger #MaskedSinger.”