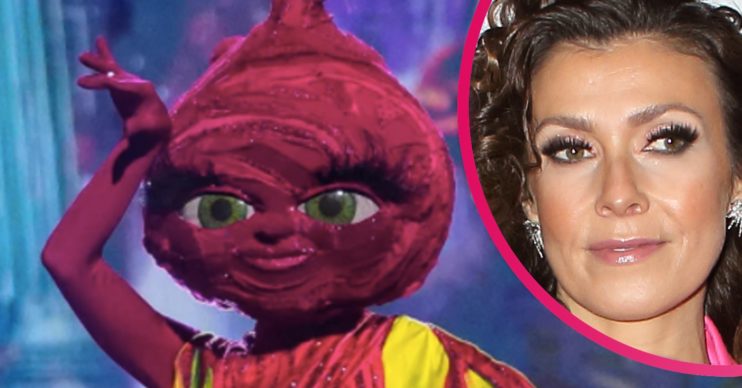 The best theories so far!

The Masked Dancer UK has just launched and viewers have flooded social media with their top theories.

Dozens of viewers have taken to Twitter to predict which celebrities they believe are on the hit ITV show.

However, actress and singer Kym Marsh has denied she’s on – despite many viewers predicting the contrary.

Yet despite this, some of her fans remain unconvinced!

One user replied: “You sure? There was a clue about Hear’Say. Well we will see.”

Whereas another user argued: “That’s something that someone who was Beetroot would want us to think.”

Yet additional viewers have predicted other celebs that could be Beetroot.

Read more: Is Holly Willoughby on The Masked Dancer?

Top clues are that she is from up north, is “happy with my plot” and Hear’Say is even included in the clue.

So who else may be behind these fabulous costumes?

When it comes to Zip, viewers at home reckon it is singer and radio DJ Marvin Humes or Howard Donald from Take That.

This is likely because the show has teased that Zip is possibly a DJ and is the life and soul of the party.

Whereas with Knickerbocker Glory, viewers think they could be one of three – comedian Alan Carr, chef Nigella Lawson or Drag Race UK star Joe Black.

So far clues have included: Knickerbocker Glory is “a little bit spicy”, they are “fully of layers” and Drag Race terms “golden buzz” and “maxi challenge” were used.

As for Llama, there are some curious predictions.

Viewers have guessed she could be Liz Hurley, Miranda Hart or even Geri Horner so far.

Clues include that she is a “country girl at heart” and has a reputation for swearing.

So far Scarecrow has pulled out a magic wand and hinted at performing on stage with their “Break a wooden leg!” remark.

Viewers suspect Scarecrow could be Paul McCartney’s ex-wife Heather Mills, singer and actress Sheridan Smith or even H from Steps.

So far, only one contestant has been revealed.

Who was the first celeb unmasked?

The first celebrity to be ousted was Jordan Banjo, who had performed as Viper.

And additional characters – Beagle, Frog, Rubber Chicken, Flamingo, Car Wash and Squirrel have yet to perform.

It will be available to stream on ITV Hub after it initially airs.

So will you be watching? Let us know on your The Masked Dancer UK theories on our Facebook page @EntertainmentDailyFix.