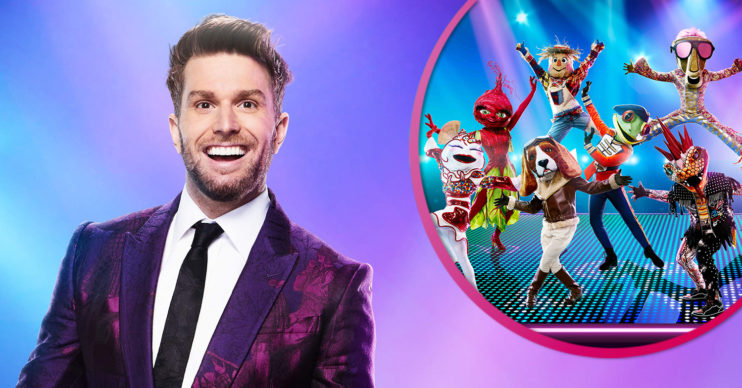 The Masked Dancer UK: Everything we know so far after real voices twist

The ITV show is set to entertain viewers all next week

The Masked Dancer UK is going to be very different to The Masked Singer when it finally airs on ITV.

The spin-off show is set to help fill the void left in our hearts since The Masked Singer season 2 ended.

Ahead of its debut, it’s been revealed that fans at home will get to see the real voices of the celebs on the show.

On The Masked Singer, viewers only hear real voices when the celebrity is singing. However, this time around, viewers will get to hear their talking voices.

However, there’s a catch. Stars will still be able to try and fool fans with different accents.

“It is tough not hearing their voices, but there is a stage in the series where we get to hear one word from them,” teased judge Jonathan Ross.

What else do we know about The Masked Dancer UK so far?

An ITV rep said: “The new format will feature 12 celebrities stepping onto the dancefloor to take on character alter egos as they trip the light fantastic in a bid to wow the panel and confuse with their moves.

“Clue packages will accompany every Masked Dancer to help the panel and at home detectives crack the case of who the famous faces behind the masks are.

“From ballet to ballroom the mystery line up will be dancing onto screens this spring.”

What time is The Masked Dancer UK on?

The Masked Dancer will air this Saturday, May 29, at 7pm on ITV.

In a big format change, episodes will continue to air nightly across the following week, except Wednesday, June 2.

The show will be hosted by The Masked Singer’s Joel Dommett, the judging line-up remains mostly the same.

Davina McCall, Mo Gilligan and Jonathan Ross will all be sat in their usual seats.

Teasing this year’s line-up, Oti said: “It’s a mixture of bonkersness but also they’re really good at it – they do cartwheels and splits in the air.

“You’re sat there thinking I’m watching a beetroot doing the splits in the air.

“It could be anyone – anyone good!”

You can check out the full costume line-up here.

Head to our Facebook page @EntertainmentDailyFix and tell us if you’re looking forward to the new series.