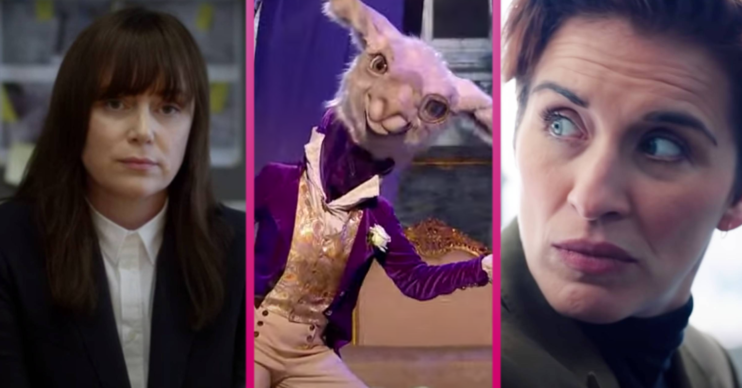 Now that would be a twist we didn't see coming

The Masked Dancer 2021 viewers have opened an investigation into whether Llama could be a star from Line of Duty.

Monday night’s (May 31) episode of the ITV celebrity reality show sent fans wild as one clue involved a hint about AC-12.

Before long, the speculation on social media had become arresting. And Beetroot was eliminated from the show later on!

Who was Beetroot on The Masked Singer 2021?

Burlesque star Dita Von Teese was revealed to be under Beetroot’s mask – and she was delighted to have been involved.

She commented on Instagram: “#BeetaVonTeese? How could I resist!

“With so many incredible dancers on the Masked Dancer, I suspected I’d ultimately be BEET and get my asparagASS handed to me in the dance off by a #knickerbockerglory… it was worth it! Haven’t laughed so much all year.

“Grateful to Masked Dancer, for giving this burlesque hoofer a chance to be a part of this hilarious experience. Thanks to all the lovely and supportive dancers, patient choreographers and my fellow contestants. Can’t wait to see everyone revealed this week!”

Why do Line of Duty fans think Llama is a star from the BBC drama?

Llama’s video package saw them walking past a fan bearing an AC-12 sticker.

And when it came to Llama offering two lies and a truth about their identity, one potential clue was that they are a “northern drama queen”.

This immediately set off theorising that Llama could be Kate Fleming star Vicky McClure – or even Lindsay Denton’s Keeley Hawes. And this is despite the fact that Vicky is from Nottingham and Keeley was born in London.

Fans on social media got very excited about the prospect of Vicky or Keeley being under the mask.

One person tweeted: “OMG someone from Line of Duty on Masked Dancer because AC-12 was a clue.”

Another reckoned: “Llama is Vicky McClure, no questions asked.”

“Not Vicky and Keeley being guessed on Masked Dancer. I would SCREAM,” added a very excited third person.

And someone else reasoned: “One of their clues said AC-12 and they’ve been described as ‘dutiful’ as another clue so it’s someone from the show maybe! And the judges think Vicky or Keeley.”

Actress Vicky couldn’t resist getting involved with the guesswork on Twitter either, teasing: “Been an aLLAM’ingly hot day!”

Been an aLLAM’ingly hot day! 😎

Who else could Llama be?

Fans on social media believe Jay Kay of Jamiroquai is still the favourite to unmask as Zip. Ian Wright, Freddie Flintoff and Olly Murs have also been linked with the role.

Who is Knickerbocker Glory?

Fans are now pondering whether Knickerbocker Glory could be Craig Revel Horwood – because when he was younger, the Strictly star was a chef.

Who do you think are under the masks?