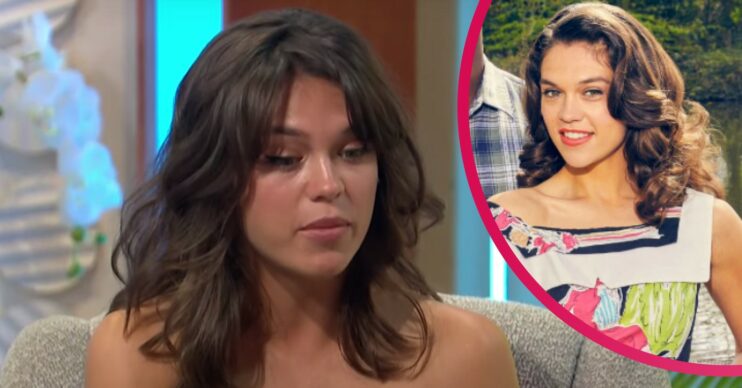 The Larkins cast could see changes in series 2 after Sabrina Bartlett quit as Mariette Larkin.

Sabrina, 30, exited the ITV drama reboot of The Darling Buds of May earlier this year.

Reports at the time claimed there was a “sensitive disagreement on set” during the first run of the series also starring Bradley Walsh and Joanna Scanlan.

However, her publicist suggested “scheduling conflicts” were the reason from her departure from the role originally made famous by Catherine Zeta Jones.

The Larkins series 2: Who will replace Sabrina Bartlett as Mariette Larkin?

Sabrina leaving reportedly left producers tasked with recasting her part ahead of second series script readings at the end of April.

And according to The Sun, two actresses are tipped as being in contention.

They are reportedly Olivia Cooke, 28, and Synnove Karlsen, 25.

A TV insider said: “The two names most strongly linked to the role are Synnove and Olivia.

“They are seen as the frontrunners to replace Sabrina.

It’s easy to see how they have become contenders.

“They are very talented actresses, so it’s easy to see how they have become contenders.”

Where have you seen the possible new Mariette actresses before?

She starred alongside Claudia Jessie, Johnny Flynn, Martin Clunes and Michael Palin in the miniseries.

And she has also performed as Clarice Orsini in Netflix’s Medici: Masters of Florence.

Film fans may also recognise her from 2021’s Last Night in Soho as Hurricane Jocasta.

Read more: The Larkins on ITV1: Who plays Mariette Larkin? Is Sabrina Bartlett in Bridgerton season 2?

Despite the claims, a representative for Synnove told MailOnline she has not been approached about the role in The Larkins.

And an ITV spokesperson reportedly commented: “This is speculation as there’s no news presently on casting.”

Leave us a comment on our Facebook page @EntertainmentDailyFix and let us know if you’re excited about The Larkins series 2.