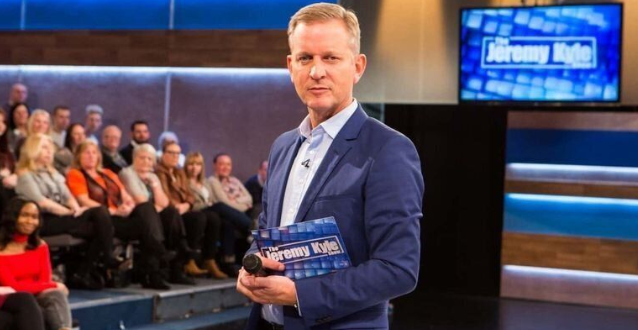 Fans desperate for The Jeremy Kyle Show to return to our screens thought they were set for some good news after the show’s official Instagram account made a mysterious – but brief – return to the social media site yesterday.

He is reported to have taken his own life after failing a lie detector test on the show.

After announcing the cancellation, Ent Daily reported that ITV had removed all previous episodes from ITV Hub and took down the show’s website and social media pages.

However, as the Mirror reported, “tongues started wagging” as the show’s Instagram account mysteriously reappeared, along with photos of host Jeremy and some of his previous guests.

With no confirmation from ITV that the show will return, it isn’t known why the page was reactivated.

One Twitter user said: “I hope JK returns. I think people were too quick to jump on the bandwagon of criticism.

“The show spent thousands on getting addicts into rehab and helped hundreds of families. It may need tweaking a bit but it ought to be reinstated.”

However, in news that doesn’t look great for those who want the show to return, Ent Daily can confirm that the account has once again been suspended today, with a message reading: “Sorry, this page isn’t available.”

Read more: Sharon Osbourne reveals she tried to take her own life

As Ent Daily reported, viewers have been petitioning to bring back the show.

Fans have also been flooding Twitter with the hashtag #bringbackjeremykyle, along with the reasons they want it to return to our screens.

One user said: “Gutted the Jeremy Kyle show has been taken off air. I don’t think life’s worth living any more.”

Others have credited the show with “changing lives” and said: “This show changed my life 13 years ago gave me the counselling and support I needed to get rid of my anger problems made me a better person, this show does change lives!”

What do you make of the show’s mysterious – but brief – Instagram return? Head to our Facebook page @EntertainmentDailyFix and let us know!