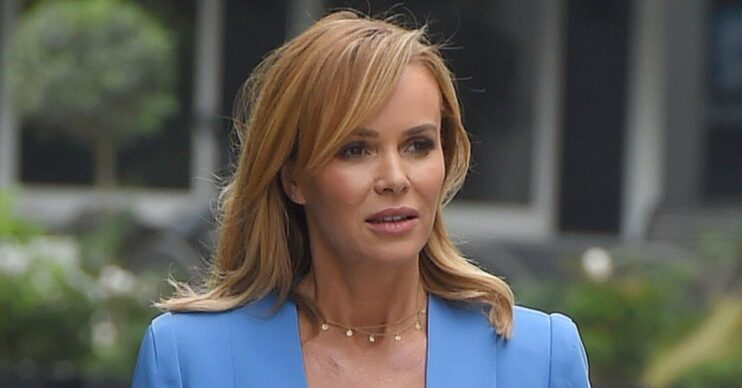 The Holden Girls: Amanda Holden’s struggle with PTSD after birth of daughter

The E4 star once recalled the harrowing moment she almost died

Amanda Holden is celebrating the launch of her new series The Holden Girls, but away from screens, her life hasn’t always been an easy ride.

In 2012, the Holden Girls: Mandy & Myrtle star gave birth to her daughter, Hollie.

Problems quickly became apparent, and doctors realised Amanda, 50, could be in serious trouble.

They discovered that her placenta was attached to an internal scar from a previous caesarean section she had.

As a result, Amanda, who has a history of tough pregnancies, began losing large amounts of blood.

In 2019, the actress recalled the horrific time during an interview with The Sun on Sunday.

She confessed that for several minutes her husband, Chris, had no idea if she was going to be alive to see her daughter grow up.

“For seven minutes Chris didn’t know if I was alive or dead,” she said in 2019. “They literally ran out of my blood group in London. They had them on mopeds coming from everywhere with it.

“There was a moment where they said I had flat-lined for 40 seconds.

She added: “My heart stopped and I was literally moments from death. It was touch and go.”

Read more: So who IS playing Amanda Holden’s nan Myrtle?

Amanda’s heart stopped beating for 40 seconds, but thankfully doctors were able to restart it and save her life.

Although she eventually made a full recovery, Amanda confessed that she was left with PTSD as a result.

“After that, I thought seriously about illness and assumed whenever I had a cough, it was lung cancer,” she told Radio Times in 2014.

“I’ve had therapy and was told I suffered from post-traumatic stress syndrome… I assumed that PTSD was what people had in Afghanistan, and I haven’t fought a war, but maybe I have in a way.”

The spoof documentary follows Myrtle as she moves in with her granddaughter and her family.