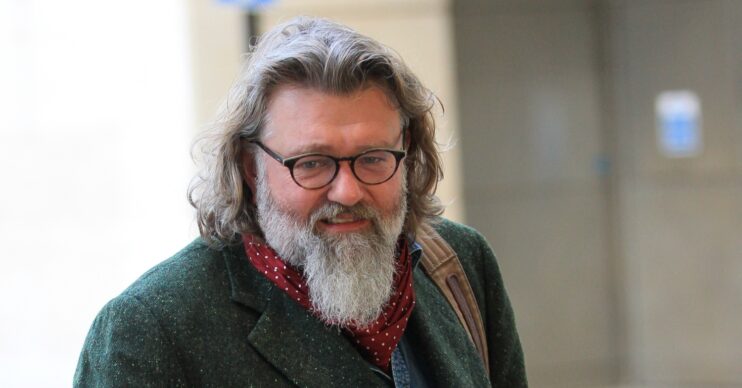 One half of The Hairy Bikers duo, Si King has revealed he previously turned down Strictly Come Dancing.

The TV chef, who appears on The Hairy Bikers Northern Exposure on BBC Two, told how he was approached to take part seven years ago but he refused to do it.

The Hairy Bikers’ Si isn’t ready for the dance floor

In a recent interview, Si revealed his nerves were the real reason he never took to the dance floor.

Opening up, he said: “I’ve been asked but I said no. I won’t be asked again I don’t think which is fine.

Dave Myers, the other half of The Hairy Bikers, took part in Strictly in 2013 with dance partner Karen Hauer.

The pair competed until they lost to actor Mark Benton and Iveta Lukosiute in the dance-off.

Whilst Si might not feel ready to fight for the glitterball trophy, Dave did reveal that it can be incredibly nerve wracking, even for the most confident of performers.

In an interview, Dave said: ‘”Me and Karen got incredibly nervous beforehand. We were like kids backstage when we found out we got through.

“We’d jump up and down because we beat the system really.”

While Strictly isn’t on the cards, The Hairy Bikers are currently whipping up a culinary storm as they explore different dishes in Europe.

The pair have tried Finnish pastries, Poland’s national dish bigos and Russian delights in their dacha.