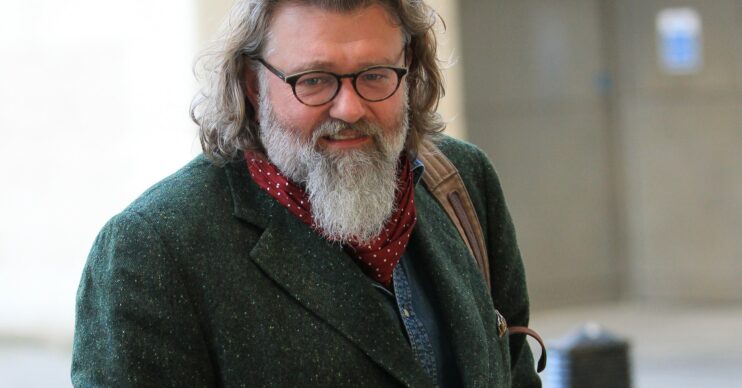 Simon King and his sidekick Dave Myers are back in their saddles tonight in The Hairy Bikers Go North.

The popular duo have described their new TV show as ‘a love letter to the North’.

Simon and Dave will travel around the North of England in what they’ve called their ‘most personal programme’ yet.

Who is Simon King?

Simon King was born in County Durham and went to a Catholic School near his home in Kibblesworth.

His father served in the Royal Navy in World War II and a despatch rider, riding a motorbike to deliver messages.

Simon once confessed that he went through a phase of wanting to be a priest but then discovered girls and music.

At the age of 16 he worked as a brickie.

But he soon moved into television where he worked as a producer and locations manager.

How did he become one half of the Hairy Bikers?

Simon, 54, and Dave Myers met way back in the 90s – and neither worked in the food industry.

Si was a producer and locations manager in the TV and film world.

Meanwhile you might be surprised to know Dave was a professional makeup artist working in prosthetics.

They met on the set of a TV show called The Gambling Man in 1995 and became close friends.

That relationship broke down, partly because of the distance.

Simon and Dave discovered they had a lot in common over the years, including a love of motorbikes and cooking.

In 2004 the pair began filming their first TV show as chefs, The Hairy Bikers’ Cookbook, which ran for four series.

Does Simon King have a girlfriend?

Simon is currently believed to be single, having split from his long-distance fiancée.

He was dating Michele Cranston, a high profile chef from Australia.

They split earlier this year, got back together and split again this week.

Si told the Metro earlier this year: “My fiancée was in Australia but unfortunately that relationship broke down, partly because of the distance.

“We maintained it for a good ten years, backwards and forwards between the UK and Sydney, but unfortunately that’s no longer the case…”

Simon was previously married to wife Jane Dodd for 27 years, but they separated in 2016.

In 2014 Simon had an agonising headache for four days and decided to go to the hospital.

“I thought, ‘Oh my god I am in trouble here’. So I went and had a procedure.

“Now I go for check ups. It is a continual treatment and I will need some more.

“It was a life-or-death thing. It was critical when I went into hospital…good they have fixed it.”

What is Simon King’s net worth?

Idolnetworth puts Si’s net worth at a staggering £292 million, which it reports was inherited.

It is unknown what his father did for a living.

How is Hairy Biker’s Go North different to Northern Exposure?

The Hairy Bikers’ Northern Exposure aired on BBC2 in 2015.

The enthusiastic duo set off across the Baltic Sea to discover some of Europe’s most unusual cooking.

The Hairy Biker’s Go North is a road trip in the north of the UK.

They travel around Lancashire, Yorkshire, Cumbria, Northumberland, The Peak District and Newcastle.

Going back to their Northern roots, they claim it’s the most personal journey yet.

“We’re visiting the places and culture that formed who we are”.

What do you think about this story? Head to our Facebook page @EntertainmentDailyFix to share your thoughts.