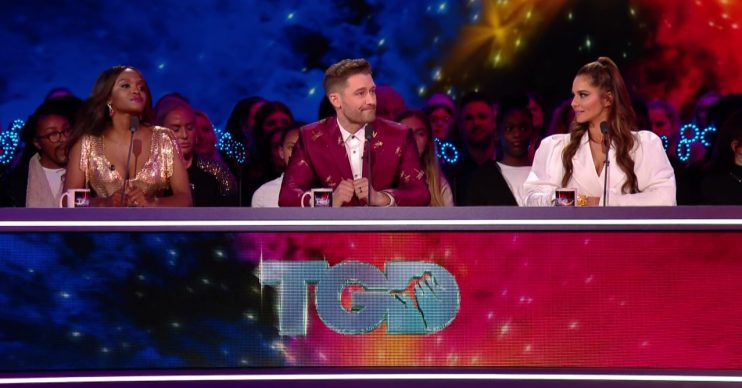 The Greatest Dancer ‘could be axed after just two series’

The show didn't do well in Saturday night TV ratings

The Greatest Dancer could be axed after just two series because of falling ratings, according to TV insiders.

The Saturday night BBC show, which stars Cheryl, Oti Mabuse, Todrick Hall, Curtis Pritchard and Matthew Morrison as dance captains and is hosted by Alesha Dixon and Jordan Banjo, has its future hanging in the balance apparently.

The final, which saw Oti’s act Michael and Jowita crowned champions, was down in the ratings by one million clocking up 2.8 million viewers and was beaten by medical drama Casualty.

Insiders say the show’s captains and presenters have been told not to expect future work on the show but BBC bosses will make their final decision on Monday.

A show source told The Sun: “Crew were warned weeks ago that it looked like there might not be a show next year so were told to look at alternative work for this time next year.

“The show has struggled in terms of ratings and all the talk is that it’s in trouble.”

It’s the first time that Simon Cowell’s Syco company has worked with the BBC and a source there confirmed the news saying: “We will know either way by Monday. It’s still in the balance.”

@michael_jowita delivered a wild ballroom show with @OtiMabuse on Saturday’s Final before being crowned The Greatest Dancers of the series! 🙌🕺💃🎉#GreatestDancer

A BBC spokesperson added: “No decision has been made.”

Glee star Matthew Morrison also recently told the Mirror: “I don’t even know if the show’s coming back.

“We’re kind of at that point where we’re excited and waiting to see if it gets picked up again, but I don’t know.

“People love it and it has such a great following. I think it’s an exciting show and I love being part of it so I’d love to come back if they asked me.”

The show’s ratings are reported to have fallen to a low of 2.3 million as it struggled to compete against the finale of ITV’s The Masked Singer last month – which drew in 6.1 million – taking just a 13% audience share.

Are you a fan of The Greatest Dancer? Visit our Facebook Page @EntertainmentDailyFix and let us know what you think of this story?