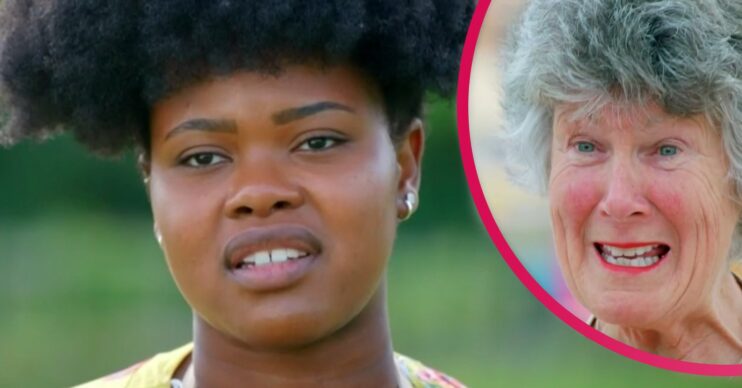 It was one or the other, for sure

Viewers of The Great British Bake Off fumed after Rochica was eliminated as they said Maggie should’ve been axed from the show last night (Tuesday October 5).

It’s a far cry from last week when viewers defended Maggie from some harsh criticism by head judge Paul Hollywood.

However, this week they were convinced the judges made the wrong decision.

What happened with Maggie and Rochica on The Great British Bake Off last night?

Last night meant bread week inside the tent, and while some excelled (Buongiorno Giuseppe and his focaccia and ciabatta breadsticks!), Maggie didn’t fare so well.

And another who didn’t fare so well was adorable Brummie, Rochica.

She made a roasted garlic focaccia with feta, pesto and tomato. However, the garlic flavour was too strong.

When it came to the milk bread showstoppers, Maggie made a ‘Things You Find In A Rockpool’ structure.

And Rochica made a cinnamon and nutmeg flavoured birdcage.

However, both contestants had a bit of a shocker and many viewers tipped either one for elimination.

Rochica was absolutely robbed this week, maggie should have gone :/ #GBBO

Oooooh #Maggie should have gone this week. #GBBO

No! That’s a terrible decision. Rochica should have stayed at least another week. Very unhappy with the judges choice this week. #GBBO

Who left Bake Off last night?

When Rochica’s name was finally called out, fans were not convinced the judges made the right decision.

One viewer said: “Rochica was absolutely robbed this week, Maggie should have gone #GBBO.”

Another fumed: “Oooooh #Maggie should have gone this week. #GBBO.”

Another raged: “No! That’s a terrible decision.

“Rochica should have stayed at least another week. Very unhappy with the judges choice this week. #GBBO.”

Was axing Rochica the right decision?

However, some thought it was the correct decision.

One viewer wrote on Twitter: “Me and my mum said the same for star and going home.

“It’s very very rare for them to get both so right. Rochica did well when she was there though. All credit to her.”

Another said: “Wasn’t exactly difficult but I called it all this evening on #GBBO.

“From star baker Guiseppe to Maggie & Rochica being in the bottom two with Rochica going home. I reckon I could be on this!”