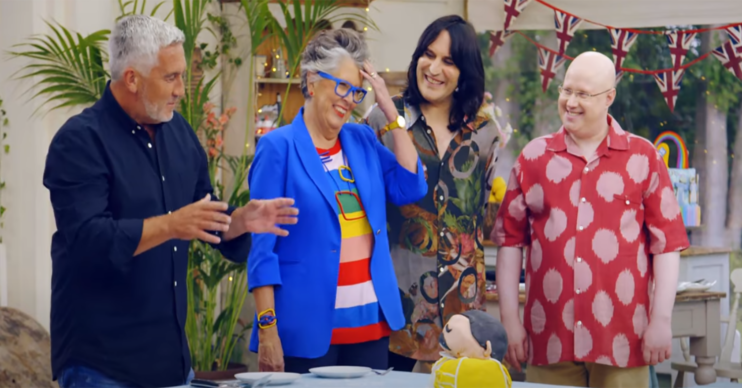 Great British Bake Off 2020 contestants are finally revealed ahead of this year’s series.

The popular baking competition show returns to Channel 4 on September 22 at 8pm.

And its new line-up includes a diverse range of characters.

There’s a pantomime producer, a student and a music teacher.

Who are the contestants on Great British Bake Off 2020?

This year makes up twelve contestants – one less than last year.

Contestants are as follows: Dave, 30, a security guard from Hampshire, Hermine, 39, an accountant, Laura, 31, a digital marketer from Kent, Linda, 61, retirement living leader Kent and Loriea, 27, radiographer from Durham.

Channel 4 chose the contestants back in April.

However, coronavirus filming restrictions set the new series back by months.

The show moved from Berkshire to Essex

Due to existing COVID-19 rules, the cast and crew have had to adhere to strict new rules.

After filming at Welford Park in Berkshire for five years, this series is at a hotel in Essex.

Here contestants had to self-isolate for nine days before filming began in late July.

They also had to test negative twice for COVID-19 tests before being allowed on set.

Usually the series is filmed over several months, but this time it was condensed to just six weeks.

This meant each contestant had to take over a month off work to live in GBBO filming bubble.

Channel 4 said that all contestants and crew are regularly tested since filming began.

Judge Paul Hollywood has said he is continuing his signature handshake despite the restrictions.

He also told The Sun that he’s put on weight during lockdown.

He confessed: “For the first time I put a bit of weight on this year — I wanted to get out more. Normally I’m out on the bike, I’m out doing stuff out and away, but I put a little bit of weight on.

“It’s really difficult when you’re there, because you always start off and you’re eating so much stuff.”

He explained: “Somebody spoke to our medical team because they were showing symptoms that could have been COVID.

“We had very strict protocols about what to do.”

Fortunately the test came back negative.