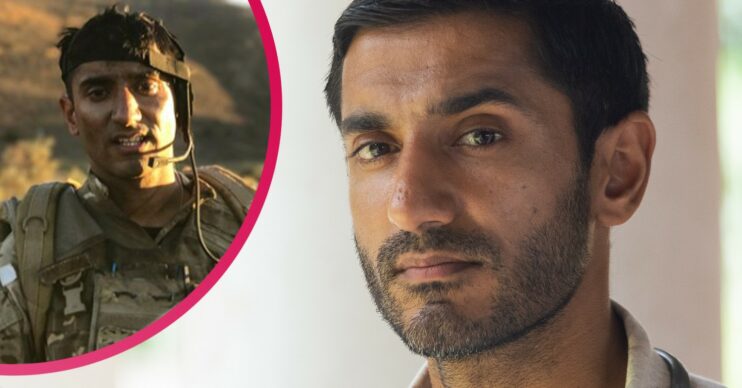 Viewers might recognise actor Harki Bhambra from his previous roles

The Good Karma Hospital has welcomed a new doctor – but who plays Dr Samir Hasan in the ITV drama?

The newcomer made his first appearance in The Good Karma Hospital episode one.

And he looks set to get at least one heart fluttering…

Read more: The Good Karma Hospital: Everything we know so far about series four

Who plays Dr Samir Hasan in The Good Karma Hospital?

Dr Samir Hasan is a British Asian Muslim medic and a high-flier back in the UK.

He arrived in episode one and was immediately thrown into the deep end as the nearby village was infected with the deadly Nipah virus.

As the series goes on, Mari is drawn to the charismatic new doctor…

Mari and Samir find a common bond and soon his own past comes to light.

What has Dr Samir Hasan actor Harki Bhambra been in before?

Actor Harki Bhambra has been on our TV screens since 2015, when he first appeared in Doctor Who as Mike.

He went on to appear in Londongrad, Drifters, and Comedy Playhouse.

In 2016, he won the role of Jaz in Two Doors Down, but it was his character in Our Girl which is considered his break-through role.

Harki portrayed Rab in two seasons of the military drama Our Girl, opposite Michelle Keegan, from 2017 to 2018.

The actor also portrayed Ajay Dewan in Coronation Street for five episodes between 2020 and 2021.

Ajay Dewan was the manager of the Survivors’ Support helpline where Paul Foreman volunteered.

Harki has also popped up in Call the Midwife, Flack and Endeavour.

He has now joined the cast of The Good Karma Hospital as Samir Hasan on ITV1.

How old is Harki Bhambra and where is he from?

He is currently 35 years of age.

Harki, who plays Samir in The Good Karma Hospital – has an official Instagram page here.

A brief stalk of his social media accounts tells us he’s a big Sopranos fan, and loves his footie.

Does Harki Bhambra have a girlfriend?

There’s no sign of The Good Karma Hospital actor Harki – aka Samir – having a partner in real life.

Harki hasn’t revealed his status in any interviews – as yet!

However, his Our Girl character Rab Kalil had a very popular relationship.

Our Girl viewers loved his romance with Maisie Richards.

Fans of the show were gutted when the couple didn’t appear in the 2020 fourth series.

Of course, Maisie was played by actress Shalom Brune-Franklin.

Shalom recently played Luci in the cast of The Tourist.

The Good Karma Hospital continues on Sundays at 8pm on ITV1.

Are you excited to see the two new doctors in The Good Karma Hospital Leave us a comment on our Facebook page @EntertainmentDailyFix.