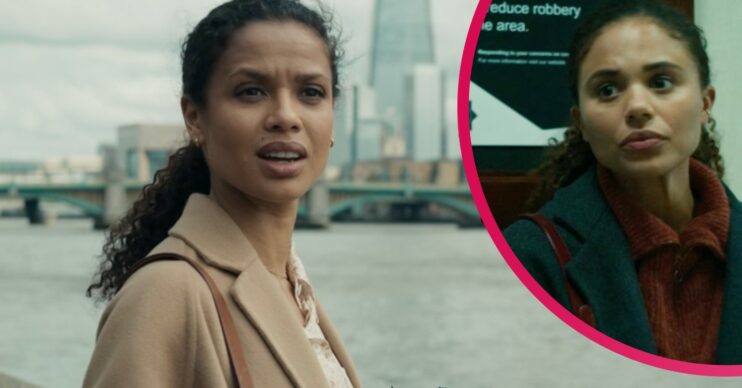 The Girl Before: 9 questions we need answering after episode 3

Episode 3 of BBC drama The Girl Before has left us with even more questions. Help.

Stunning BBC One drama The Girl Before starring Gugu Mbatha-Raw and former EastEnders actress Jessica Plummer reaches its nail-biting conclusion tomorrow (Wednesday December, 22) and there are hella ends that need tying up.

Here are the burning questions we have after episode 3.

Did Edward kill Emma in BBC’s The Girl Before?

Read more: The Girl Before cast: Who’s who in the BBC drama

“Aren’t you worried that he might have had something to do with it?” Mia asked Jane during tonight’s episode of the BBC drama, echoing cries around the country.

He’s a man with a lot of issues, that’s for sure, but is Edward Monkford actually capable of murder? He was seriously miffed when he discovered Emma had been lying to him.

He smashed a glass of red wine on his precious wall after finding out she’d fibbed about getting a tattoo. And he obliterated his little architect model village in a fit of rage.

Up until now Edward has maintained a veneer of cool and collected, but Emma’s behaviour clearly rattled him.

Could he have pushed her down those lethal stairs after he realised she wasn’t as perfect as he thought? Absolutely. But obviously this doesn’t mean he did.

Simon, the therapist and Mia are all convinced Edward had a hand in Emma’s death in The Girl Before.

And after tonight’s episode, it looks like Jane thinks so too. He’s in the centre of her Wall of Truth now.

Let’s just hope he doesn’t come home unexpectedly and find all those post-its. Adhesive is a nightmare to get off walls.

Who was in the video?

Speaking of people with lots of issues, let’s talk about Emma Matthews for a moment.

She’s been manipulating all the men in her life, including the detective, from the beginning. And they’ve all been taken in by her “victim” persona.

The tattoo stunt was immature, but ultimately harmless, even though Edward didn’t enjoy that particular game.

It’s clear that Emma has a questionable relationship with the truth, but is she really telling the truth about being raped in that video?

And if it wasn’t the burglar, then who was it? And is Emma some sort of sociopath?

If you’ve read JP Delaney’s The Girl Before which the BBC show is based on, then you already know the answer.

Who’s been hiding in the utility cupboard?

Jane is convinced that Emma had set up camp in the crawl space above the house after finding her sleeping bag and therapist card up there.

She now suspects that Emma was living up there because she was terrified of Edward. But is she right?

And if she is, why hasn’t she packed her own bags before she takes a tumble down the stairs too?

Did Edward kill his wife and child in BBC’s The Girl Before?

During his huge row with Emma, Edward screamed: “She wouldn’t do this” at her.

Emma was clearly taken aback as Edward has been incredibly cagey about Elizabeth, his dead wife and business partner.

It’s increasingly clear that whatever happened to Elizabeth and their son has affected Edward deeply.

But is it more than just grief? Is it guilt? The therapist has talked to Jane about Edward’s compulsive repetitive behaviour in relationships.

Did it start with his wife? And will it include Jane herself?

Is Edward planning on killing Jane?

If the therapist is right then Edward is already plotting how he’s going to murder Jane.

And Jane is starting to believe this too. But his moments with Jane seem to be genuinely tender, unlike his volatile relationship with Emma.

When Edward called Jane from his car on the way to Bristol, he appeared to mean it when he told her he was missing her.

But is it all part of his plan to reel her in before he kills her?

How will Edward react to Jane’s pregnancy?

Judging by how Edward reacts when things don’t go the way he wants, we’re predicting not well.

We saw how he lost the plot when Emma broke his rules. We’re guessing that the surprise baby news will evoke a similar reaction.

But will it get so heated that he kills her? And another child?

Why is Emma’s friend, Amanda, so shady?

One minute Emma and Amanda are skiving off work to get day drunk together. The next they’re barely speaking. And Amanda was definitely being cagey when Jane confronted her about Emma.

Are we looking at the wrong person completely? Does Amanda know more about Emma’s death than she’s let on?

Why don’t we trust Simon?

Read more: The Girl Before stars Ben Hardy and Jessica Plummer “confirm” romance with a kiss

Emma’s ex, Simon, just seems a bit too good to be true. And we’ve watched enough dramas to know that the quiet ones always need to be watched carefully.

On the surface, Si seems like the perfect man, if a bit dull and basic. He adored Emma and wants Edward to pay for her death.

But is Simon’s adoration just slightly creepy? Or have we just had too many rubbish relationships?

Why are there so many ex-EastEnders in this show?

Ben Hardy, Jessica Plummer, Rhakee Thakrar and now Lisa Faulkner, who played Fi Brown a few years back, popped up in episode three. Is One Folgate Street in Walford?

The Girl Before continues on BBC One tomorrow at 9pm. All episodes are available to watch on BBC iPlayer

What’s your theory on BBC’s The Girl Before? Leave us a comment on our Facebook page @EntertainmentDailyFix and let us know what you think.