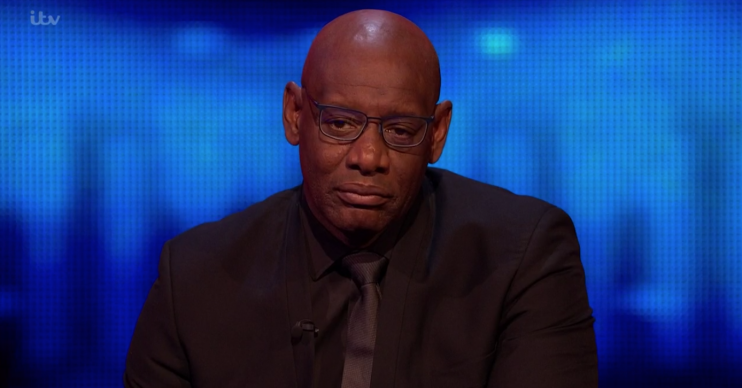 The Dark Destroyer is back on The Chase

People were overjoyed to see Shaun Wallace back on their screens

Shaun Wallace’s absence from The Chase has had fans worried, and they were made up to see his welcome return on last night’s episode of The Chase (February 21, 2020).

It’s great to see the ‘Dark Destroyer’ back! How I have missed him!

The Dark Destroyer was back with a vengeance as he tore into the contestants, with Bradley having to put him in his place at one point, saying: “Nobody asked you!” when he gave one of the team some of his hilarious attitude.

Then, when contestant Nahed mentioned that she was a writer who specialises in fiction novels, Shaun’s mind got going and he told her he’d written her a poem.

You might be thinking, ‘how cute of him!’ – but please, let’s remember this is the Dark Destroyer we’re talking about. He read out his ditty to the audience, saying: “Nahed on seat two, things don’t look good for you.”

This is exactly why we love him, but it’s not just us – people on Twitter were more than happy to get the main man back on their screens, as you can see below.

I can only dream of going on the chase and being pitted against Shaun The Dark Destroyer. 💯 % the worst chaser. But I like him the best too 😁 #TheChase

And it seems as though he must have been indulging in a bit of R&R while he left us wondering where he was, because he won with absolutely no competition at all – even with a full house taking him on in the final chase.

Dec, the final contestant, stuck with his cashbuilder of £2,000, despite telling the others to go high.

Now OF COURSE this was never going to go down well with viewers, who pulled him up for telling the others to go high.

But as we learned the night before with Ian – the man who scooped a sweet £15k with his teammate Lynn – sometimes playing tactically pays off.

Should Dec have had more confidence in his ability and gone for the £62k or is it better to have a full house? Well, it turns out it didn’t make much of a difference at all.

After Dec got through to the final chase, people commented on a few silly answers.

Dec got one answer wrong by saying ‘Bedknobs ON Broomsticks’ for the name of the famous film!

Too many cooks certainly spoiled the broth with this one though, as a few extra long pauses meant that they only got through with 15. You don’t know the pressure until you’re on set though, remember!

Proving that he’s back and he means business, Shaun got through with 30 seconds remaining – what a game!

Are you happy to have Shaun back? Leave us a comment on our Facebook page @EntertainmentDailyFix and let us know what you think!