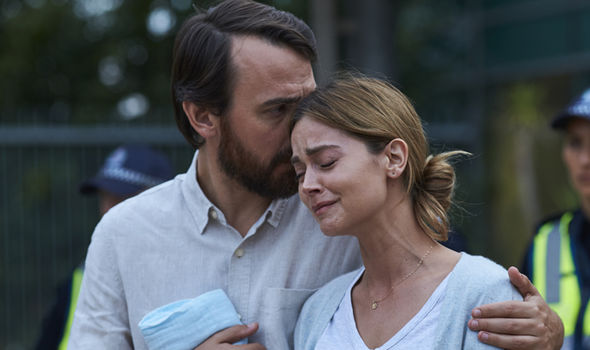 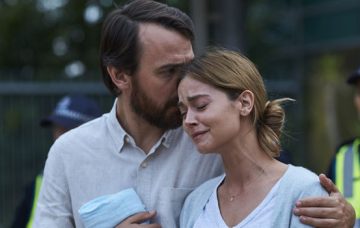 The plots is actually based on a novel

Not too surprisingly, viewers gripped by The Cry have pondered whether the tragic story is based on any real-life events, most specifically the disappearance of Madeleine McCann.

Executive producer Claire Mundell was asked about these parallels at the launch of the drama.

She explained: “There are umpteen sadly different high profile cases which have occurred over the years and there was no specific case that we were drawn upon.

“The show is an adaptation of a novel [by Helen Fitzgerald], and what interested me about the novel when I first read it was that it spoke about a very contemporary sort of crime.

“It spoke about things that are important in our contemporary world and the way we are quick to judge and the media are quick to stoke that judgment as well, but it’s based on Helen’s book.”

Joanna had discovered her tiny son dead in his car seat and husband Alistair quickly concluded that she had accidentally killed him by administering her medicine to him rather than his own.

He then hatched a kidnap plot, while taking his child and burying him.

Viewers were appalled by Alistair’s horrific manipulation of his fragile wife… in fact he’s quickly become the most hated man on TV, if Twitter is anything to go by.

I want to give a shout out to #EwenLeslie because I hate his Alistair but he is so powerful in playing such complex and manipulative character. Ewen is a really great co-protagonist! 🙌🏽 #TheCry @SynchronicityF

Alistair ‘becoming’ quite a hateful character there….. #TheCry

#TheCry what a controlling & manipulative arse Alistair is, the actors acting is 👌🏻 for making me feel these nasty thoughts 👏🏻

Anyone else absolutely hate Alistair? #TheCry

Ok so Alistair is an A hole. #thecry

At the end of the episode, Joanna was seen standing trial for murder. But whose? Her son’s? Or her husband’s?

What is your theory? Leave us a comment on our Facebook page @EntertainmentDailyFix and let us know.