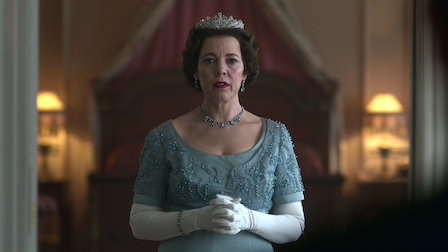 Show bosses thought it would be insensitive

The Crown has reportedly axed Jimmy Savile from a Royal Variety Performance scene in season 4 after deciding showing the late disgraced broadcaster would be insensitive.

Savile met members of the Royal Family at the 1984 Royal Varity Performance but bosses of the Netflix series have decided not to include him in scenes of the event.

An insider told The Sun: “Savile was characteristically ingratiating with the Windsors.

The creators felt it would be insensitive for such a sadistic predator to have even a second of airtime.

“He dressed as a theatre doorman to greet the royals as they arrived for the performance and featured in the after-show line-up backstage.

“But the creators felt it would be insensitive for such a sadistic predator to have even a second of airtime.”

Axing Jimmy Savile isn’t the only creative licence The Crown has taken with the Royal Variety Performance scenes.

Read more: Coleen Nolan reveals she almost fell victim to Jimmy Savile when she was 14

Originally the show was attended by the Prince and Princess of Wales and the Queen Mother but The Crown will have the Queen, played by Olivia Colman, and Prince Philip, played by Tobias Menzies, as the guests of honour.

In reality, the performance took place at the Victoria Palace Theatre near Buckingham Palace but the cast of The Crown were spotted filming scenes at London’s Lyceum Theatre instead.

The late entertainer Jimmy Savile was accused of being a prolific sex offender and paedophile after his death in 2011.

During the late 1970s and 1980s, when season 4 of The Crown is set, the Jim’ll Fix It presenter was one of the UK’s most successful and loved celebrities.

The Crown will run for two more seasons.

Season four is currently being filmed while season 5 will see Imelda Staunton playing The Queen, taking over from Olivia and Claire Foy who played the young Queen when she first came into power.

Visit our Facebook Page @EnertainmentDailyFix and let us know what you think of this story.