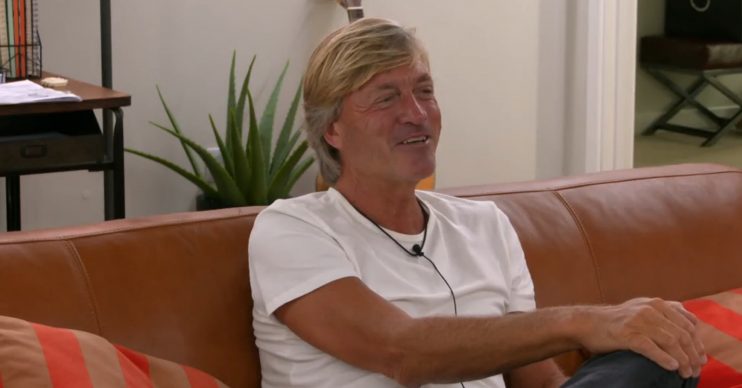 Broadcasting legend Richard has joined a new group of contestants for the second series as a ‘celebrity catfish’.

And viewers chose Richard’s profile for him to play under – Judy!

Richard was given the opportunity to send three gifts to some of the other contestants and he chose to send a doughnut tree to Woody.

Woody was delighted with his present and got to work and saying thank you to ‘Judy’.

He wrote: “Hey, how are you doing this morning? Just wanted to say another thank you for the gift, and see how you are settling in (the first day is the hardest).”

“Ah, thanks babe. You do look a bit of a babe, unless you’ve got fat off all those doughnuts haha,” Richard replied.

Woody then asked Richard why he (or she in this case) sent him the doughnut tree.

“A sweet treat for a sweet-looking boy,” Richard said, to which Woody replied: “I have gotta say, I love your profile picture.”

Richard, who had been grappling with the right kind of language to use while posing as Judy, then got to talking about Judy’s profile picture – which sees her in Venice – with the teen.

“Can I just say, Venice isn’t the only thing beautiful in that photo,” Woody winked.

He then brought an end to the conversation: “I think I better make this a sign off now, the flirting has gone far enough.”

Fans took to Twitter to express their delight in the hilarious exchange.

If you’re not watching #TheCircle, you’re missing out on Richard Madeley catfishing and flirting with Fatboy Slim’s son, which makes it one of the greatest shows on TV right now.

I feel for woody .. His mums gonna always remind him of the time he flirted with Richard Madley #thecircle

Never thought I'd see the offspring of fat boy slim flirting with Richard Madeley. And I mean that!! 😅😅😅 #TheCircle

One viewer wrote: “I feel for Woody… His mums gonna always remind him of the time he flirted with Richard Madeley #thecircle.”