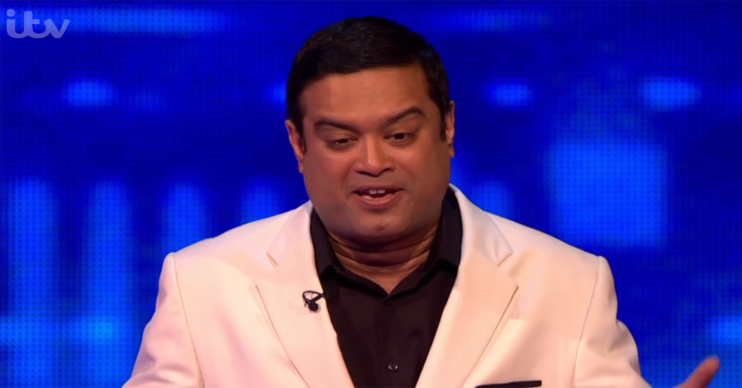 The Sinnerman beat the team on last night's show

Shanice appeared on Monday’s show in the hope of winning some money alongside her teammates.

However, Shanice admitted her general knowledge was “pretty awful”.

Read more: Anne Hegerty responds to concerns about her appearance on Family Chase

Host Bradley Walsh asked her: “If you were to win some money today what would you do with it?”

Shanice, who is hoping to become a criminal lawyer, said: “I’ve only ever been able to bet quite small on horses.

“So if I won enough, I would like to do a bigger bet than usual.”

Shanice went on to face her cash builder round but only bagged £1,000.

She admitted she could be “tempted” by the bigger offer if it’s “high enough”.

Chaser Paul – aka The Sinnerman – told Shanice: “Hello Shanice, that was deeply unimpressive.

“But so have I been so far and you’re all about the gamble and turning small amounts of money into big sums of money.”

Hello Shanice, that was deeply unimpressive.

Bradley asked the Chaser: “Are you mad?!”

Bradley asked Shanice: “What you thinking?” to which she said: “£100 to get myself back.”

The host said: “I think that’s a good idea.”

Viewers were fuming with Shanice’s decision, with one person branding it “selfish”.

One person wrote on Twitter: “Oooh she wound me up something rotten!

Oooh she wound me up something rotten! How thick can selfish can you get, and her face all the way through, looked like she was challenging someone before they picked the fight #thechase

“How selfish can you get, and her face all the way through, looked like she was challenging someone before they picked the fight.”

Another said: “Daylight robbery by Shanice here if they win with that £100 contribution.”

Daylight robbery by Shanice here if they win with that £100 contribution. #thechase

However, they didn’t manage to beat the Chaser and went home with nothing.

Viewers admitted they were slightly pleased the team didn’t win because of Shanice’s actions.

Got to say on this occasion, I’m quite pleased they didn’t win the money because of Shanice 😡 #TheChase

#TheChase thats made my day shanice didn't get her hands on any money.

The Chase continues on ITV, Tuesday, April 21, at 5pm.