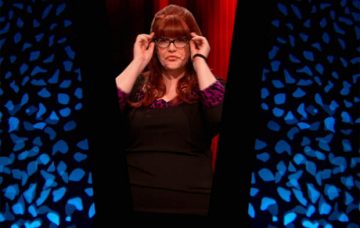 The Chase’s Jenny Ryan – aka The Vixen – has been forced to defend herself against trolls who have attacked her professionally and personally.

The TV brainiac, 37, is famous for being the youngest quizzer on ITV’s The Chase and has a legion of fans, including 46,500 Twitter followers.

Read  more: The Chase’s Bradley Walsh stunned as contestant kisses him on the LIPS!

However, not all of her Twitter followers have good intentions and she had to put several of them in their place today (May 8) when they sent nasty tweets her way.

When one troll commented on her facial features, Jenny responded: “That’s my face, pal.”

Although the coward quickly removed his Twitter account, Jenny’s fans were quick to defend her with one saying: “Love love love your comebacks at the trolls.”

Many more stepped in to compliment Jenny on her looks and brains, calling out the troll as “obnoxious”.

Minutes later, when Jenny made an innocuous comment about cricket, one Twitter used simply replied: “No one cares. You’re the worst chaser.”

Jenny responded to the mean tweeter, who has a sum total of nine followers, by saying: “No one cares, except this Twitter user here, who cares enough to follow me and to take the time to type out a reply to my tweet.”

We’ve got to say, if you’re going to troll someone (and seriously, don’t bother) make sure they are not one of the most intelligent women in the country!

No one cares, except this Twitter User here ⬇️ who cares enough to follow me and to take the time to type out a reply to my Tweet. https://t.co/wtmYmnHiy0

I've riled up some bots today, for some reason. https://t.co/yEcNLRzTvG

Jenny responded again when an aggressor criticised her for having “stupid triangle glasses”.

She said: “I’ve riled up some bots today, for some reason.”

When one of her fans tweeted asking “wow, Jenny, how do you put up with this nastiness?”, fellow chaser Anne Hegerty stepped in to defend her pal, saying: “Possibly because nobody feels very threatened by schoolgirls with no friends?”

The user was reported and later apologised.

Who is your favourite chaser on The Chase? Leave us a comment on our Facebook page @EntertainmentDailyFix and let us know what you think!