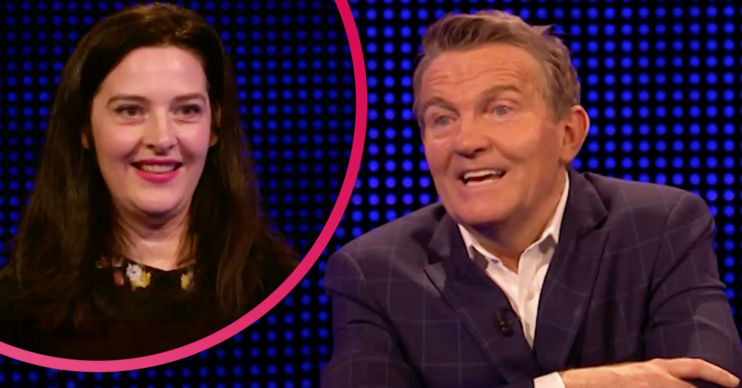 Even Paul and Bradley loved her!

The Chasers need to watch their backs – The Chase brainiacs could have a newcomer nipping at their heels if viewers have anything to do with it.

A contestant on yesterday’s show (April 26) absolutely blew away not only viewers, but host Bradley Walsh and Chaser Paul Sinha too.

Bradley was left stunned by her knowledge and called her a “super player”.

Who do Chase fans want as the new Chaser?

Anna won over the British public during her star turn on The Chase yesterday.

The 47-year-old brunette beauty got a whopping eight answers correct in her Cash Builder.

She then opted for the Sinnerman’s higher offer of £15k, which she took through to the final with one of her fellow contestants.

And, although the team of two were beaten with 25 seconds to spare, she received high praise from both Bradley and Paul.

What did Bradley and Paul say about Anna?

Bradley commented that Anna was a “super player”.

After losing out on the Final Chase, Paul told Anna that she could one day fill Mark “The Beast” Labbett’s shoes.

Read more: The health scare that led to lifestyle overhaul and weight loss for Bradley Walsh

“One day, you’re going to be good enough to do what [fellow Chaser Mark Labbett] does.”

And it appears it was that comment that got viewers thinking…

What did viewers say about The Chase player joining the Chasers?

Swooning viewers were quick to gush that Anna had it all.

“Good looking and clever,” swooned one.

They also noticed a striking similarity to a pretty famous – and seductive – chef.

“Anna’s got a bit of the Nigella Lawson about her,” said one.

“I ordered Nigella – they brought us Anna,” swooned another.

Others wanted her to join the likes of Paul, Mark and Anne Hegerty as one of the show’s Chasers.

“Make Anna a Chaser,” demanded one.

“Anna for new Chaser,” said another.

Of course, the show has recently appointed a new Chaser – Darragh “The Menace” Ennis – so it’s not unheard of for a new brainbox to join the show.

And it seems she has the Sinnerman on side.

“Nice constructive feedback from the Chaser for Anna,” said one viewer.

“I fully agree, she is a great player in the making, she just needs to pace herself a little bit!”

Another added: “Anna is the player I’ve been waiting years to see – superb, super quick answers – deserved more than 16 on the Final Chase!”

Would you like to see Anna become one of the Chasers on The Chase? Tell us on our Facebook page @EntertainmentDailyFix.