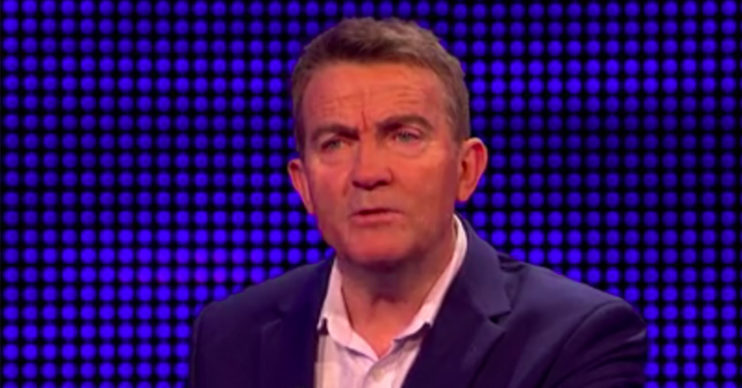 Viewers of ITV’s The Chase couldn’t quite believe their ears when host Bradley Walsh took a swipe at Piers Morgan.

The swipe took place on Tuesday’s episode, while he introduced The Chaser Shaun Wallace, 59.

Known as The Dark Destroyer, he has a tough exterior.

Bradley said: “The Dark Destroyer – as unpopular as Piers Morgan at a… well, just about anything, to be honest.”

The contestants looked stunned at his remark, with one visibly dropping his jaw.

“As unpopular as Piers Morgan”

One tweeted: “When one of the nicest men in showbiz says ‘as unpopular as Piers Morgan at a… well, just about anything, to be honest’ then @piersmorgan should take note. His ego won’t let him of course.”

Another posted: “He’s not wrong though. Piers is most definitely the most unpopular man in showbiz. Can’t stand him.”

A third tweeted: “Bradley just took the words out of my mouth with that one!”

And a fourth wrote: “Piers Morgan is the bottom of the barrel when it comes to popularity – no doubt about it”.

Piers’ Twitter enemy Lord Alan Sugar even got in on the action.

The Apprentice star 73, shared the ITV clip with his some 5.3 million Twitter followers.

He captioned the clip with: “Not only is @piersmorgan a byword for unpopularity, he’s become a national joke. #TheChase.”

This sparked hundreds of replies, with the majority seemingly agreeing with Sir Alan.

One user replied with: “Piers used to be refreshing now he is depressing, bad for the nation’s mental health.”

Not only is @piersmorgan a byword for unpopularity, he's become a national joke. #TheChase pic.twitter.com/2iGn1KYAL7

Another commented: “Thank you Lord sugar I cannot believe what Morgan is getting away with GMB are a disgrace.”

Yet another tweeted: “I’m with you @Lord_Sugar he’s doing nothing more than dividing the people of this country when everyone needs to use their noddle and slowly get back to work!! The sooner we will get the country back on its feet!”

Piers has got into plenty of heated debates with MPs in recent weeks.

This week he accused MPAndrew Bridgen of spreading misinformation of new lockdown rules.

His interview sparked 281 Ofcom complaints made against Piers.

However, ratings on GMB are at an all-time high and there are at least as many supporters of Piers as there are detractors.