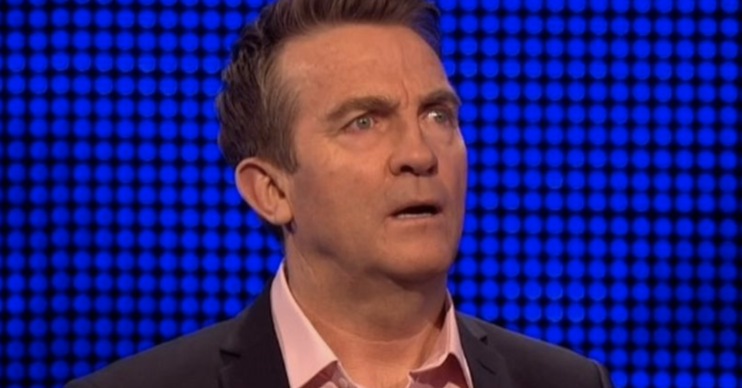 Viewers of ITV’s The Chase were left annoyed at host Bradley Walsh after he and a contestant failed to get an ‘obvious’ question right on the competitive quiz show.

Student Daniel went up against Chaser Paul “the Sinnerman” Sinha after an impressive performance, which saw him earn £6,000.

The final question proved to be too much for gap year student Daniel, who was trying to take back his £6,000 to his teammates and add to the jackpot for the final round of the popular ITV show.

An easy question on The Chase?

Bradley asked: “Which pop star admitted to having once phoned his agent to get him to stop the wind blowing outside his hotel room?”

Host Bradley Walsh confidently cheered on The Chase contestant, saying: “It’s got to be.”

The correct answer was in fact Elton John, leaving host Bradley flabbergasted and contestant Daniel out of the game.

The audience was amused at Bradley’s shock at the right answer, but viewers at home were annoyed the host got such an ‘obvious’ question wrong.

Elton John all day long. Brad you should know that!!

On Twitter, one viewer said: “Could ONLY be Elton John if you know anything at all about his past tantrums over absolutely nothing…”

Another added: “haha Bradley is he ever right on anything”

A third said: “Why’s it got to be Bieber, Brad? Elton John was the obvious answer”

Other fans were annoyed that Bradley had entertained the idea of it being anything other than Elton:

Of course it was Elton. Bradley, shut up. #TheChase

Elton John all day long. Brad you should know that!! #thechase

One added: “Gosh – Elton John isn’t famous for having Diva strops all the time is he… [Bleep] obvious!”