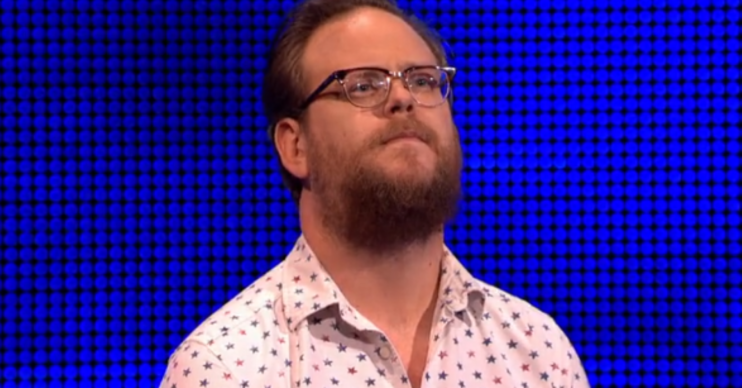 The Chase viewers in uproar as contestant thinks Queen Elizabeth is 6 years old!

The Chase viewers were left shocked last night when one of the contestants made a huge royal blunder during the repeated episode.

Going up against Mark Labbett must be pretty daunting, but for Benji it made him all of a muddle as he suggested the Queen was only six years old!

Confident Benji was up last. Throughout the previous rounds he had told his fellow teammates to “leave the gambling to me” – a surefire way to set yourself up for a fall!

And fall he did in epic fashion when it came to the final chase.

Benji made it through to the final chase

Benji’s actual turn against The Beast didn’t go too badly.

With his other three teammates through, the cocktail bar owner and brand ambassador clocked up a respectable £4000 in the cash builder round.

Despite his earlier bravado, he decided not to gamble and stuck with the £4k he won to go up against Chaser Mark.

Benji had a mixed round as he faced The Beast, but he managed to go through ensuring the team was complete for the final chase.

As they competed for their total of £24,000, Bradley started firing the questions.

Big mistake on The Chase

Brad asked: “The birth of which royal was registered on August 2nd 2013?”

There was a slight hesitation from all of the players before Benji buzzed in and stated: “Queen Elizabeth”.

Our reigning monarch has in fact recently celebrated her 94th birthday, but if Benji had been correct this would have put her at six, almost seven, years old!

Viewers watching at home couldn’t believe it and immediately called Benji out on his blunder.

OMG! Did Benji think Queen Elizabeth was born in 2013?#TheChase

Which royal birth was registered in 2013?
He said Queen Elizabeth #TheChase pic.twitter.com/q5zd4TDLAA

Our queen is 6 years old? 🤔#TheChase

Did the team win?

The correct answer was Prince George, the eldest son of Prince William and Kate Middleton.

Even though the team clocked up a respectable 18 points, The Beast managed to catch them with 34 seconds to spare.

The Chaser told the team he’d suffered a few defeats recently so his performance was “a case of knuckle down and grind out a win”.

The Chase continues tonight at 5pm on ITV.