ITV viewers are convinced quizzer Shaun Wallace is "finished" on The Chase after he put in a "shockingly bad" performance on The Chase.

During Tuesday (May 26) evening's episode, contestants Geoff, Bill and Clare got through to the finale chase against The Dark Destroyer.

They were playing for a cash pot of £14k and set up a score of 17 for the chaser to beat. 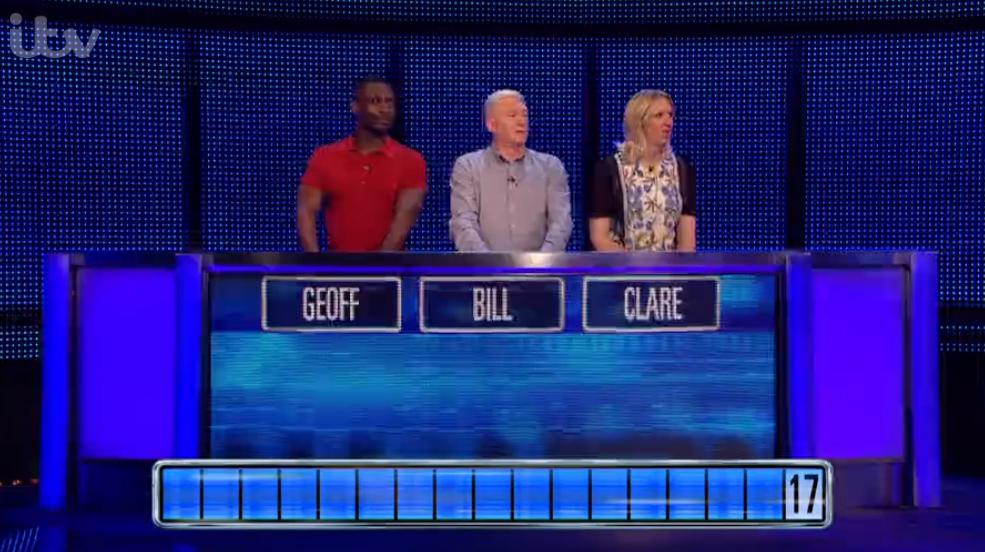 Read more: The Chase fans fuming over 'easy' questions given to Shaun Wallace

"Lets do this," Shaun told host Bradley Walsh as his turn got underway.

He stumbled at several points, delivering six pushbacks for the team, who got all of them right. 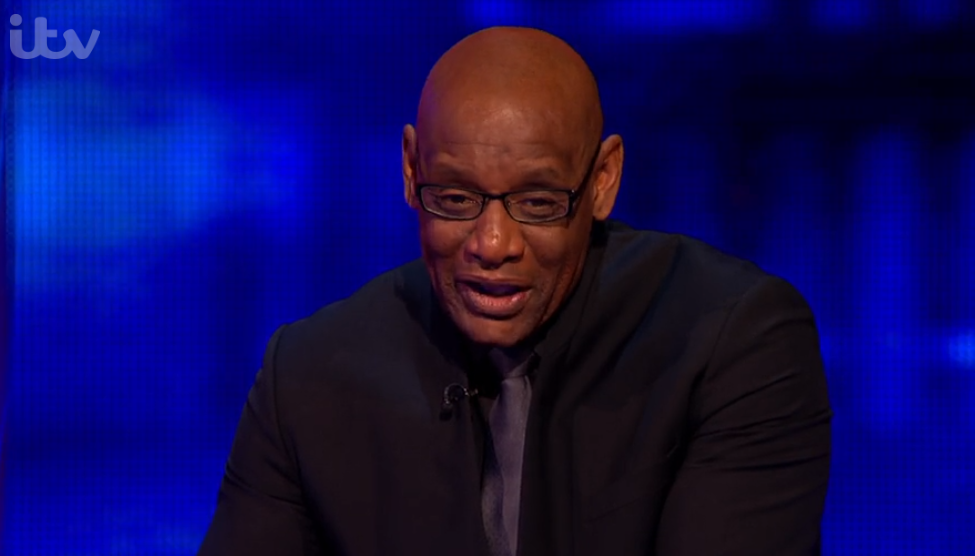 He lost with six push-backs, all of which the team executed (Credit: ITV)

Viewers on Twitter reacted to the episode, which was a repeat.

One said: "How has Shaun not been replaced? I know that this is a repeat and he has improved but he is still shockingly bad, especially compared to the others."

Another wrote: "The Dark Destroyer is finished, I'm telling you #TheChase."

A third tweeted back: "This is a repeat from years ago, and he's still around. God knows why."

Back to school for Shaun.

Someone else said: "Well done team, Shaun was crap though lol."

"WTF," tweeted another, adding: "Back to school for Shaun #TheChase."

"Shaun's having a moment tonight," someone else pointed out.

How has Shaun not been replaced? I know that this is a repeat and he has improved but he is still shockingly bad especially compared to the others#TheChase

This is a repeat from years ago, and he's still around. God knows why.

WTF. Back to school for Shaun #TheChase

Shaun’s having a moment tonight #TheChase

It follows an episode last week that saw Shaun order a 'rude' contestant out of the studio.

The Dark Destroyer seemed peeved as he told the hopeful, who accused him of having lost his mojo, to get off the set.

After Shaun beat him, the contestant claimed he "got lucky" and Shaun growled: "You didn't. So get off!"