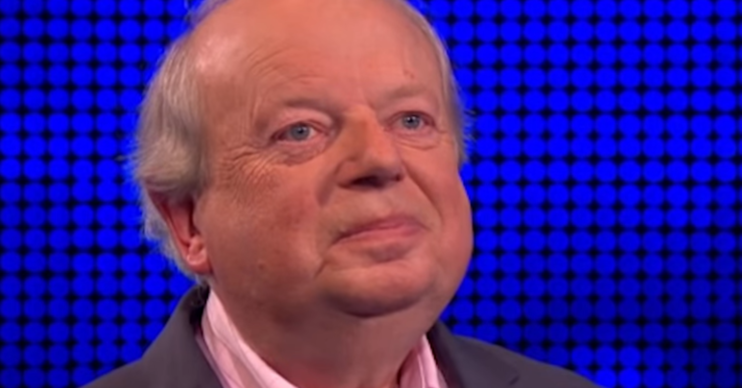 Even a repeated episode can cause surprises

John, a radio and television journalist who was once the BBC’s Chief Political Correspondent, and ITN’s Political Editor, doesn’t have an overwhelming knowledge of music, it turns out.

Having clocked up a respectable £6,000 in the cash builder round, John’s teammates encouraged him to go for the higher offer of £70,000.

Read more: The Luminaries viewers baffled by the plot

The broadcaster made a good start when he got a political question about the 2015 general election.

John Sergeant makes his first mistake on The Chase

His first mistake came when he was asked: “Which of these foods was NOT subject to rationing during the Second World War?” The answer options were boiled eggs, fish and chips, and bacon butties.

John answered eggs, but was incorrect as it was, in fact, fish and chips. Even host Bradley Walsh seemed baffled by John’s answer, suggesting they had had to resort to powdered eggs during the war.

John claimed he didn’t really know because he was “only a baby at the time”, but Anne, who got the answer correct, quipped back: “I wasn’t born!”

He managed to get his next question – a Shakespeare one – right.

But then he made a gaffe over a question about legendary band The Jam.

When asked: “Where were The Jam ‘Going…’ in a 1980 Number One hit?”, with the options: underground, overground, and wombling free, many viewers at home thought the answer was obvious.

But John didn’t know it and put wombling free. The audience gave an almighty sigh, knowing he was wrong.

And Anne Hegerty was smirking, knowing she’d caught her pray.

Viewers at home couldn’t believe it and called the answer ‘painful’, saying he deserved to be caught.

John deserved to be caught

Wombling free by the Jam FFS! Was John Sergeant avi’n a laugh or what 🤣🤣🤣 Just for not knowing who the awesome Jam are is reason enough for him to be leaving with his tail between his legs, the muppet!!! 🤣🤣🤣 #thechase pic.twitter.com/oF2TNOZDwT

He deserved to get caught for not knowing
“Going Underground” ! #TheChase

John’s early exit therefore left the other three to fight for a share of the £90,000 prize fund.

But they only managed a score of 15, which super-quizzer Anne managed to catch with 49 seconds still remaining on the clock.

As it was a celebrity special, they each got £1000 for their chosen charities.