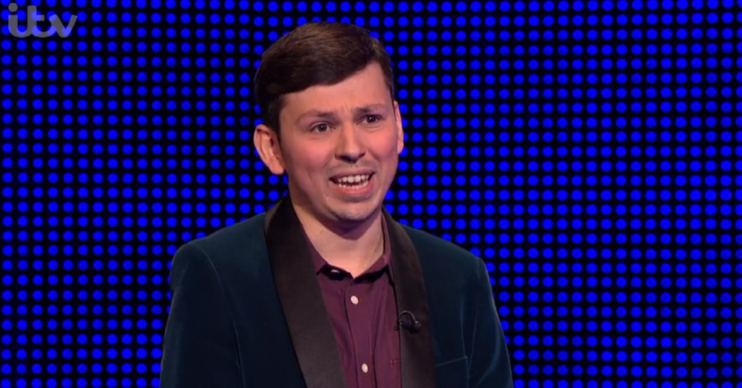 The Chase: Viewers call on ITV to make ‘incredible’ contestant Sam a chaser

What a gripping final chase

Fans of The Chase stunned by contestant Sam and his performance last night have called on ITV to give him a job as a chaser.

During Wednesday (June 3) evening’s episode, Sam blew viewers away with his quizzing skills.

After his cash-builder round and head to head he brought back £8,000 for his team and was joined in the final chase by two others.

Read more: How well do you know The Chase star Bradley Walsh? Take our ultimate quiz to find out!

He answered the majority of questions correctly, helping the team to build up a score of 23 for chaser Anne Hegerty to beat.

However, it wasn’t quite enough and the Governess caught them, albeit with just three seconds to go.

Reacting to the “gripping” final chase on Twitter, viewers thought ITV would do well to hire Sam as a chaser.

One said: “Reckon Sam will be getting a job as a chaser soon. #TheChase.”

Another wrote: “Sam on The Chase needs to be a new chaser #TheChase.”

A third tweeted: “Sam is gonna be a future chaser – he’s a machine #TheChase.”

Someone else wrote: “Make Sam a chaser.#TheChase.”

One viewer joked: “Is Sam The Beast and The Governess’ love child? #thechase.”

“What a chase that was,” said another, adding: “Absolutely gutted for Sam. Gripping TV #TheChase.”

Reckon Sam will be getting a job as a chaser soon. #TheChase

Sam on the chase needs to be a new chaser #TheChase

Is Sam, the beast and the governess love child #thechase 😂😂

What a chase that was. Absolutely gutted for Sam. Gripping TV #TheChase

Unfortunately for Sam, TV bosses only recently hired a new chaser – and they picked from the pool of former contestants, too.

He became a viral sensation when he appeared in the show in March 2017, when he banked £9,000 for his team and had it stripped by £2,700 as his teammates took the lower offers.

A Twitter account purporting to be Darragh wrote, after the news broke: “I’m really excited to be the 6th chaser on #TheChase. I’ve been working hard on this for a while now and can’t wait for my episodes to air. Well, the ones I win anyway.”

In a chat with the Radio Times, Brad – who turned 60 this week – said: “We’re making more and more shows all the time, so we need to recruit more people all the time.”

What did you think of Sam’s performance on The Chase? Leave us a comment on our Facebook page @EntertainmentDailyFix and let us know.