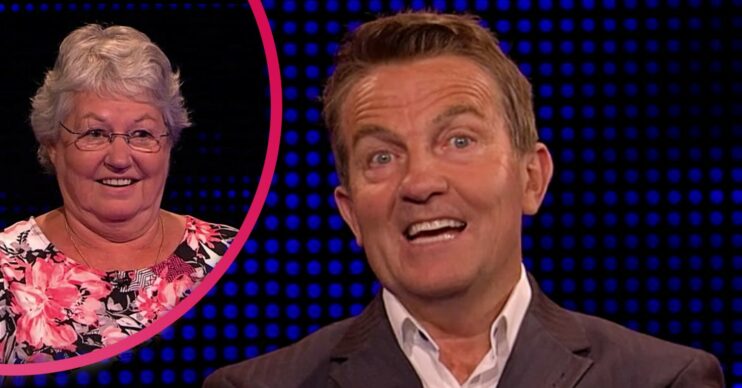 Viewers of The Chase all have the same complaint about host Bradley Walsh after yesterday’s episode (Tuesday December 14).

And the complaints all stem from a habit noticed by fans…

What happened on The Chase with Bradley Walsh last night?

One of them was 62-year-old Jennifer, who strode up to the cash builder and got two questions right.

When she said that she was surprised she got that many right, Brad stepped in to build up her confidence.

“I don’t think we’ll have a problem at the table.”

Jennifer failed to beat Jenny in the head-to-head, but Brad’s comment caused a big sigh among viewers – it’s not the first time they’ve heard it.

"You got 2, you're a good player"! Brad-what do you have to do to be a bad player? #thechase

Why do they say someone is a good player when they not get 2 answers correct? or the best player went out? #thechase

#thechase how can he say shes a good quizzer…

How did viewers react to Brad’s habit?

“Everyone’s a good player according to Bradley – needs a new host this show #thechase,” another suggested.

A third added: “Why do they say someone is a good player when they not get 2 answers correct? Or the best player went out? #thechase.”

Finally, one asked: “#thechase how can he say she’s a good quizzer…”

Christmas comes early for The Chase

Bradley’s habits aside, there’s good news for fans of The Chase over Christmas.

ITV has confirmed that its festive line-up itself will be available to watch on ITV Hub hours before its broadcast on network TV.

That means quiz faves like Tipping Point and Celebrity Chase will be available to watch early.

And when it comes to The Chase Celebrity Christmas specials, fans can watch on Christmas Eve from 5.30pm and Boxing Day from 5pm.